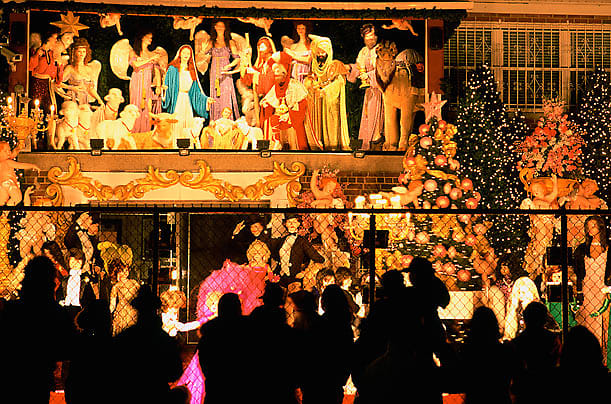 The Garabedian family from Pelham Parkway North has been building up their Christmas Display for the past 30 years. Their home is decorated with hundreds of animated figurines and likenesses of "secular saints" such as Nicole Kidman, Audrey Hepburn, and Elizabeth Taylor. In the Bronx, their house is known as "The Christmas House", and the story behind it is as mystery-laden and and fascinating as any rival Christmas story.

Apparently 30 years ago, neighbors of the Garabedian family did some mysterious good deed for them. What the deed was exactly is a family secret (mob deal? kidney donation? Secret identities kept secret? the possibilities are endless!) but the Garabedians were so grateful that they returned the favor by decorating literally every inch of their house with displays ranging from traditional Nativity scenes to Hollywood stars.

It what is eerily similar to an elf workshop, the Garabedians work all year in the family's fashion design business, designing and planning for their Christmas spectacular. With one exception, the grown children aren't married and all live at home. Of this, brother Gary Garabedian says:

"Look, they're like our children. We're married to the dolls."

The prospect of mounting 200 life-size mechanical mannequins once a year is enough to make most people want to skip Christmas all together, but get this: The display is mantled and dismantled EVERY SINGLE NIGHT. Whether this is for security or weather related reasons is unclear, but man, this family loves Christmas.

The house has become so popular that now cars line the streets and pedestrians fill the sidewalks to see the display. If you didn't get a chance to catch the Garabedian house this year, don't worry, it will definitely be back again, as no family has ever been so dedicated to their craft.

"We feel this makes the Bronx have something special to feel good about."

Only in New York. 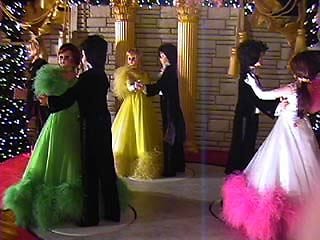 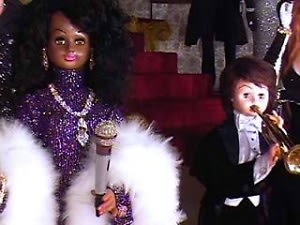 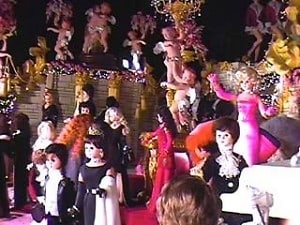