10 Famous Literary Landmarks To Check Out In NYC

The Catcher in the Rye, J.D.Salinger

The Catcher in the Rye, J.D. Salinger 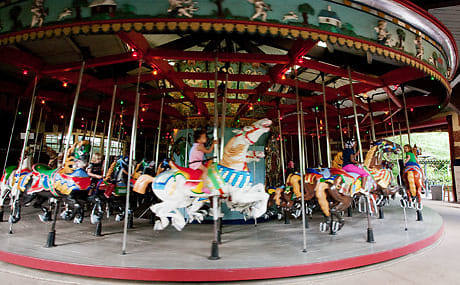 Spot: The Central Park Carousel J.D. Salinger's The Catcher in the Rye has been said to perfectly capture New York in the 50's. The angsty Holden Caulfield visits numerous New York sites, including the Rockefeller Skating Rink, the Biltmore Hotel, and The Museum of Natural History. Our favorite Catcher site is The Central Park Zoo Carousel, where Holden feels a rare happiness while watching his little sister Phoebe ride around. Ride the Carousel year-round for your own Catcher in the Rye moment for a mere $3. Central Park Carousel, Mid-Park, 64th Street [Photo via]
1 of 10