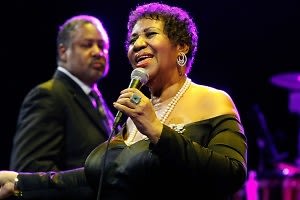 Other Details:Candie's robot Bristol Palin continued to earn her ludicrous salary of $262,500 for getting pregnant as a wee teenager last night at the Candie's Foundation event to prevent. She gave a brief speech, played a video of people making fun of her commercial with Jersey Shore's the Situation and talked about how kids shouldn't be knocking horny teen boots. Those who can't do, teach.  Elizabeth Berkley was on hand to receive an award, as was Ciara. Bruno Mars sang a few songs, followed by Aretha Franklin who brought down the house by playing a mix of oldies like "Think!" and "Natural Woman," plus two off her new album. She closed it down with "Respect." [Via] 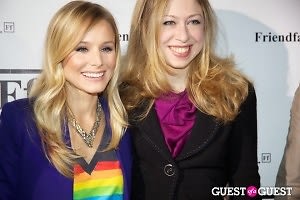 Who Was There: Chelsea Clinton, Kristen Bell, Andy Cohen, Mark Consuelos, Brian Elliot, David Mixner, Steve Cohen, Kristen Bell, Ashley Sousa, Claire Duffie Other Details: Friendfactor.org, a nonprofit organization that counts on the power of friendship to help gay friends achieve equal rights, faster, launched last night with the help of honorary chair Chelsea Clinton.  Guests at the event were able to join in a  discussion on the importance of gay friends asking straight friends for help and straight friends standing up for their gay friends’ equal rights.  Take a look at more photos HERE. 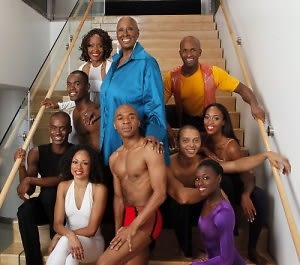 Where: The Apollo Theater

Other Details: Judith Jamison, now in her 20th year as artistic director, led the stars of Alvin Ailey American Dance Theater, the rising young dancers of Ailey II, and students from The Ailey School in a performance at the Apollo. After, guests celebrated at a party to the tunes of DJ Cassidy.[Via]

Andre Balazs, Jim Nelson & Richard Prince Join Glenn O'Brien in Celebration of his New Book "How To Be A Man" 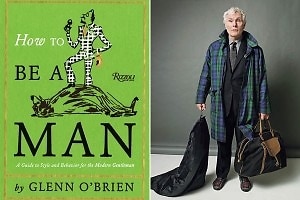 Other Details: Andre Balazs, Jim Nelson & Richard Prince threw a shindig for GQ Style Guy Glen O'Brien in celebration of his new book How To Be A Man, which goes beyond the sartorial to give advice on everything from beards to snobs to wine to women. Expect it to be somewhat like his recent interview with Nowness. Nothing says "Masculine," like discussing Kant and fucking A-listers. [Via]

In the book you say that being a man means being everything a man can be. Can you expand on that? When you read about the [classical] Greeks, a man could basically know everything. Now everything is so specialized I think it squashes people’s sense of ambition. I like that in France you can be a philosopher and go to nightclubs and date movie stars. 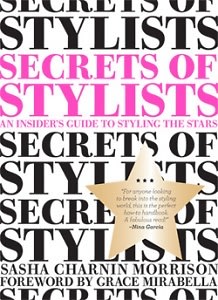 Other Details: Fashion industry veteran Sasha Charnin Morrison celebrated the launch of her book with a signing at Scoop. Joe Zee was there, meaning it's Joe Zee approved. 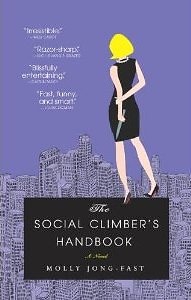 Other Details: Molly Jong, daughter of "Fear of Flying" writer Erica Jong, skewers blond, botoxed bitches who shop at Bergdorf's in this new novel. Friends and fans came out to celebrate with designer Isaac Mizrahi.

Other Details: Cora Sheibani Bischofberger, daughter of the great art dealer Bruno Bishofberger who you may be familiar with from  Dennis Hopper's portrayal in Julian Schnabel’s  Basquiat, was honored last night with a fancy schmancy dinner at Grenouille.