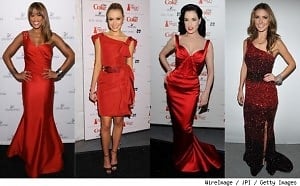 Some 20 celebrities donned red for the runway, bloggers got their own fashion line, Nicole Richie brought a bizarre crowd to Bergdorf's, Kareem Abdul-Jabbar taught kids a valuable lesson and much much more. Let's find out what happened last night. 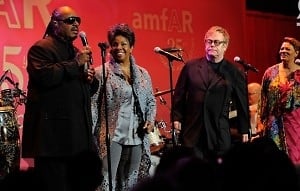 Other Details: The who's who of New York was out last night at Cipriani's for amFar. Elizabeth Taylor was supposed to headline but could not make it for unspecified reasons. Bill Clinton was toasted and Elton John, Gladys Knight, Stevie Wonder and Dionne Warwick took the stage to sing "Friends," like they did years ago at amFar's first benefit. [Via] 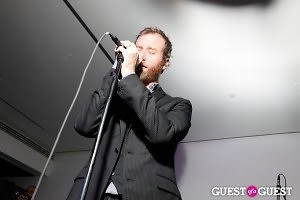 Other Details: DeLeon Tequila and MAC hosted an intimate performance by the National at Milk Studios. Most Tweeters were just excited to be there while @carolhan wasn't happy about the late start time: "If the national doesn't go on soon, I may or may not keel over and fall asleep on the floor of milk." @andrewdkeller noticed the strange fashion: "watching the national play a fashion week party at milk. so many people wearing sunglasses indoors at night," You can take a look at photos HERE and get more details (ie-why the National are totally the fashion equivalent of jeans and a hoodie) HERE.

Where: The Theatre, Lincoln Center

Other Details: More than 20 celebrities took the runway wearing red to encourage women to take action to protect their heart health. Matthew McConaughey sat front row as he supported his girlfriend and baby mama, Camila Alves, as she strutted a look by Kaufman Franco. Natasha Bedingfield closed the fashion show with an acoustic version of 'Strip Me.' [Top image Via]

Where: BAR III Pop Up Shop

Other Details: Blogs are (weirdly) in fashion! Last night the pop-up store for Bar III, a Macy's exclusive men's and women's collection, launched. The clothes are  based on the blog style philosophies of Fashion Toast, Sea of Shoes, Feels Like White Lightning, and Street Etiquette. [Via] 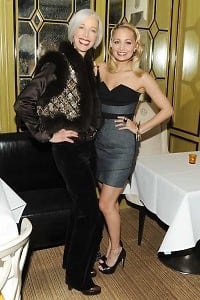 Other Details: Bergdorf's Women's Fashion Director Linda Fargo stated, “It’s a frigid out. Only someone as hot as Nicole Richie could bring everyone out tonight.”  Cory Kennedy, of Cobrasnake fame, was there, having moved to NYC. Full Frontal Fashion reports that as guests listened to Cassie Coane spin Miley Cyrus and West Coast rap, Teen Vogue's Andrew Bevan mused, "This crowd is very bizarre and interesting.”  There was also a party crash by a very hungry someone with an affinity for mini cheese burgers that was escorted out by security. [Via]

Who Was There: Scoop shoppers and fans

Other Details: The Grungy Gentleman hooked up with Scoop in Soho to throw a Fashion Week kick off party complete with lots of shopping and open bar. [Via]

Other Details: ARC bestowed the name of a newly discovered frog species from the Eastern Arc rainforest of Tanzania as guests dined in the ballroom. [Via] 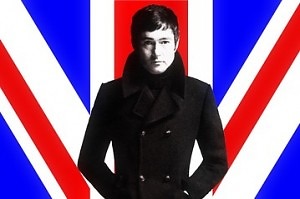 Where: MoMa, The Celeste Bartos Theater

Other Details: This documentary follows Vidal Sassoon, the man who "changed the world with a pair of scissors." He worked for 69 years! That's a lot of iconic 'do's including the Geometric, the Wash-and-Wear, the short bob Nancy Kwan wore in The World of Suzie Wong and Mia Farrow's famous pixie cut for Rosemary's Baby. [Via]

World Premiere of Dreamworks "I AM NUMBER FOUR"

Other Details: Dianna Argon looked hot in a drape-y, nude frock from Vivienne Westwood Red Label for the premiere. The movie comes from James Frey's writer sweatshop and is the first one of his writer for hire works to be made. [Via]

KAREEM ABDUL-JABBAR / On The Shoulders of Giants, Special Screening Event with Panel Discussion 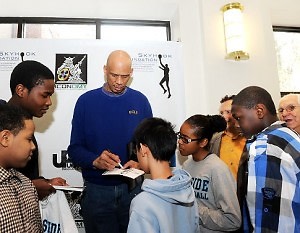 Where: Schomburg Center for Research in Black Culture

Who Was There: Kareem Abdul-Jabbar

Other Details: Kareem Abdul-Jabbar screened his new documentary film, "On the Shoulders of Giants," which tells the inspiring story of the Harlem Rens - "the greatest basketball team you've never heard of." "I wanted to give kids an idea of what had to happen for them to have this game," Jabbar told the Daily News. "They don't really understand everything that went into the emergence of professional basketball. And if you ask most NBA players right now, very few know that the game was segregated." [Via]

And yes, a bunch of fashion presentations happened last night with pretty clothes and beautiful people and celebrity names. You read about those later today in Fashion Files, so check back soon!