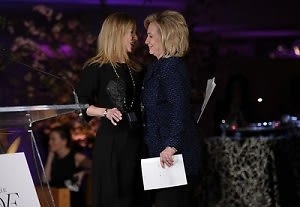 Chelsea Clinton presents mom Hillary with a Diane Von Furstenberg Award, Sarah Silverman hangs out at the Friar's Club, The Kills rock Don Hill's, the Humane Society parties at Pacha and much more. Find out what happened this weekend!

Other Details: As part of Tina Brown's Women in the World Conference, four woman from around the globe were presented with a Diane Von Furstenberg Award. It was a solemn affair jam packed with movers and shakers in the philanthropic field. The big surprise of the evening was Chelsea Clinton, who turned up unannounced to present the Inspiration Award to her mother Hillary. Karen Elson closed out the evening with a performance that ended with Pete Seeger's 'Where Have All The Flowers Gone." [Via] 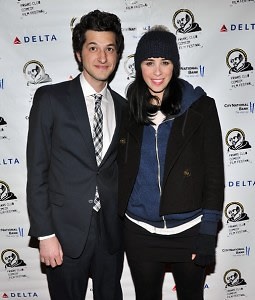 Who Was There: Ben Schwarz, Sarah Silverman

Other Details: Sarah Silverman and Ben Schwartz came out for the screening their new film Peepworld. The flicks plot: "On the day of their father's 70th birthday party, four siblings come to terms with the publication of a novel written by the youngest sibling that exposes the family's most intimate secrets." Sounds dramatic and seriously not funny, but with a cast of comics it's sure to be a laugh. 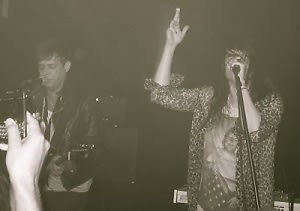 Other Details: Fresh off their performance at the Mondrian Soho, The Kills' Alison Mosshart and Jamie Hince took the stage around midnight to play a packed house of A-list scenesters. Deleon tequila flowed as the crowd danced, stood on banquettes, smoked, and had a generally raucous time. [Via] 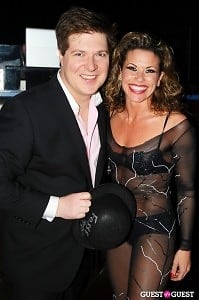 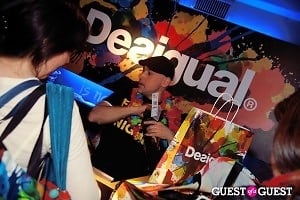 Other Details: Desigual, the fast-fashion apparel brand from Barcelona, held a friends and family shopping event this weekend. The invite only party featured cocktails, food, music - and 20% off the just-arrived spring collection. Make sure you take a look at the photos HERE.