Kate Winslet helped honor legendary photographer Mario Testino; Sigourney Weaver presented at the Art Of Giving; Big Girls with a Small Kitchen had a book party; Little Monsters danced to Born This Way at Angel Orensanz and more! Last night's parties were packed for the weekend and didn't care how late they stayed out! 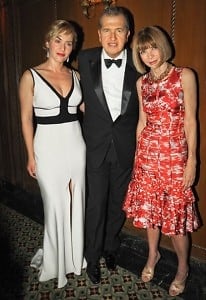 The Tenth Annual generation On ART OF GIVING BENEFIT 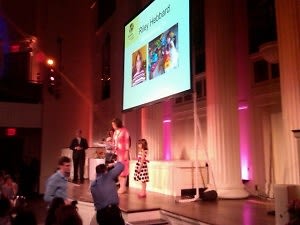 Other Details: Will it ever get less strange to see Silda and Elliot Spitzer standing next to each other and smiling for photogs? Probably not. The couple head out last night for the event honoring Brian Goldner, President and CEO, Hasbro, Inc., Laurie M. Tisch, President, Laurie M. Tisch Illumination Fund, and Spike Lee & Tonya Lewis Lee. [Via]

School's Out with Big Girls, Small Kitchen [Take a look at photos HERE!] 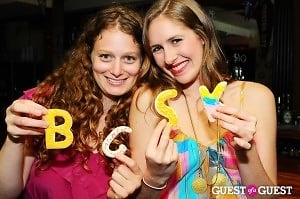 Other Details: Quarter-Life Cooks, Phoebe Lapine and Cara Eisenpress, celebrated the launch of their new cookbook Big Girls, Small Kitchen.  While it sounds like a book for the larger boned lass, "Big," actually refers to adult. The book is a cross between memoir and recipe collection and tracks their sophomore year in the "real world." Pitchfork Reviews Reviews DJ'd the party. 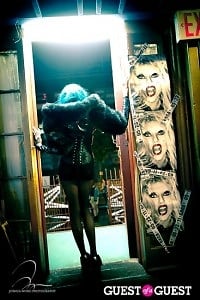 Who Was There: Little Monsters

Other Details: While some Little Monsters camped with sleeping bags outside GMA to catch Lady Gaga's performance this morning, other fans showed their love by getting dressed up and heading to an album release party. Held at Angel Orensanz. guests kicked back Belvedere and put their paws up to Born This Way. Be sure to take a look at more photos HERE! 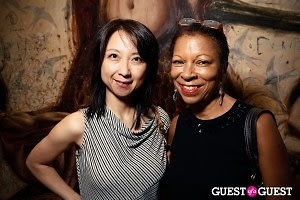 Other Details: Robert Dandarov: Paintings and Drawings, curated by Willy Van den Bussche opened last night. His work has been described as "standing at the edge of an apocalyptic nightmare." Scary! Take a look at more photos HERE!