Halle Berry brought her new boyfriend to the after party for her new movie, Frankie and Alice, Thrillist celebrated 5 years of bro-tastic parties, and Jimmy Fallon put his guitar skills to the test at the Ad Council Public Service Awards. Here's what happened in New York last night...- 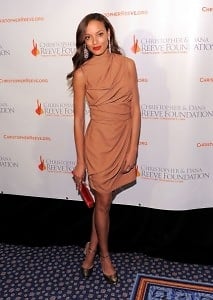 Other Details: Christopher and Dana Reeves' children marked the 20th celebration of the event.

"To me, Mom and Dad were the people who forced me to eat broccoli and to turn the TV off to do my homework," Will has said.

And while Magical is in the evening's title, David Blaine's presence makes us think it was more like a really enjoyable endurance test. [Via]

Other Details: The third annual gala to raise funds to provide health care resources and enhance the public perception of aging. Martha did not cook anything for the evening herself, sadly, though she probably did give the chef some tips. Every time I hear the title for this event it makes me think Martha is giving classes on how to live the domestic life at the hospital. Just me? 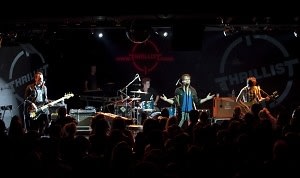 Other Details: Live performance by Atomic Tom (the girl behind us in line for the bar literally convulsed when they started playing. In a good way.) Party-goers danced to the beats of DJ Tanner, leaving the dance floor only to get a hot shave, take hilarious pics in the photo booth or to pick up a Love-Box from durex for the road. 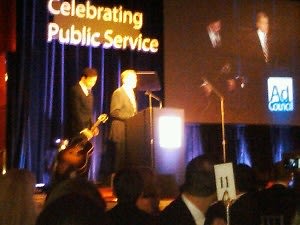 Other Details: Jimmy Fallon and Brian Williams co-chaired the 57th annual event which honored Brian L. Roberts, Chairman and Chief Executive Officer, Comcast Corporation. Always the all-star entertainer, Jimmy cracked up the crowd by introducing Brian as Matt Lauer and keeping the jokes going all night. He even busted out a guitar and sang. [Via]

Screening And After-party For Frankie & Alice

Other Details: The event came together last minute when Halle decided to come to New York for another event. Since she was here, they decided, "Why not do a screening?"  Designer Pamela Roland helped pull everything together and outfitted Halle in a white dress. Later in the evening, new beau Olivier Martinez turned up to join in the celebration. Must be getting serious. [Via]

Other Details: The fashion set came out to celebrate Margaret Russell taking over the top spot at Architectural Digest at Tom Colicchio's new restaurant. @Jenniferepowell summed it up "Great party, great space."

Who Was There: Richie Rich, Jordan Sparks

Other Details: Guests shopped for designer clothes while sipping cocktails. Jordan Sparks of American Idol performed a few songs for the crowd who were awed enough by her voice to take a break from the hunt for the ultimate dress. 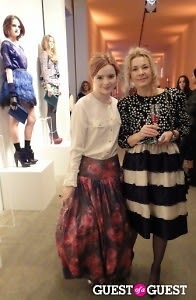 Who Was There: Jane Aldridge, Malin Ackerman

Other Details: Google launched Boutique.com with sounds from the Mishapes, Becka Diamond, and DJ Earworm. There was lawn chess and tamales.