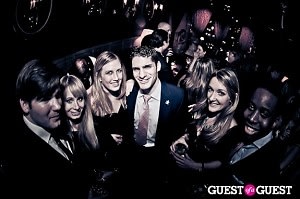 Who Was There: Young Professionals

Other Details: The latest in the AS2YP series of charity events rocked out at Avenue last night, inspiring hundreds of young professionals to go wild for a good cause.  You can see more photos HERE. 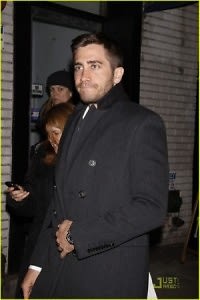 Other Details: In 2009, real life couple Peter Sarsgaard and Maggie Gyllenhaal collaborated on "Uncle Vanya." They're returning to Russian mode and getting gloomy in Chekov's "Three Sisters." Jake Gyllenhaal came out looking scruffy and adorable, as usual, to support his sister and brother-in-law. Here's a series of pictures of him getting grumpy with paps after the show. He looks constipated, so it's pretty funny. But still cute!  [Via] 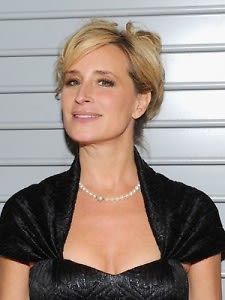 Other Details: David Yurman and Details hosted an exclusive cocktail party to benefit Jeffrey cares. People drank, talked, laugh, did the usual party type of stuff. Sonja Morgan was there, perhaps blowing off some stress from the news that the Real Housewives of New York was being pushed back from its scheduled air date because apparently, none of the women put each other in the hospital from a contractual knock down brawl. Andy Cohen would be disappointed to know, Sonja did not pull anyone's hair at the event. [Via]

Other Details: It's almost Fashion Week! D&G got a head start on the champagne with an in-store event that featured girls on roller skates.

Other Details: Proceeds from tickets were donated to The Actor's Fund.  Before the show, the cast, along with director Julie Taymor and the show's producers were feted at a Sardi's reception. No one was injured!  Success! [Via]

Who Was There: Arty Types

Other Details: The Bangkok-based arts organization and consultancy hosted a Chinese New York party on the Lower East Side to fete the Year of The Rabbit. Check out the impromptu dragon parade HERE and get more info HERE. 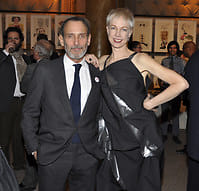 Other Details: Karole Armitage put on a party last night that was a mix of Chinese New Year celebration and fundraiser for Armitage Gone! Dance.  The table centerpieces, which featured fortune cookies, jumbo paper parasols and red silk lanterns were bought in Chinatown. There was also a giant pig sculpture and a performance by dancers in black. [Via]

Other Details: Beard at Work, the short film produced by Brett Ratner, held its post-screening celebration at The Chelsea Room, busting out a suave and sophisticated affair for hundreds of cinema enthusiasts. You can see more photos HERE. 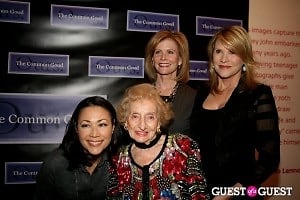 Where: The Paley Center For Media

Other Details: The Common Good paid tribute to American journalist and photographer Ruth Gruber at The Paley Center For Media. Plenty were inspired.  Tweeted @misha_lev: "Met RuthGrubertonight - amazed, touched, inspired..." "Just came back from an event honoring Ruth Gruber...what a tremendous life!" said @FollowLola. "Ruth Gruber's story can inspire all and I am so happy to be honoring her tonight," said designer @Rachel_Roy. See more photos HERE and get more info HERE.

Other Details: There is Fashion Week and then there are the pre-Fashion Week parties. They started last night with a party for Ecco Domani which brought out the fashion heavy weights.  [Via]

Who Was There: Arty Types

Other Details: The Texas-born artist and '80's East Village art-scene mainstay brought his blend of visual play, double-entendre, and artistic longing to an art opening for private collectors who gawked over his work. Go HERE for more photos and HERE for more info. 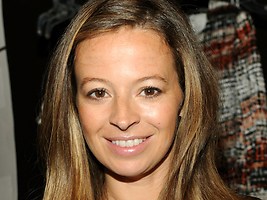 Other Details: Milly's Michelle Smith unveiled new lines of childrens wear, handbags and jewelry. Her clothes have been seen on Gossip Girl and the designer is dying to be on the show herself. "They always film in my neighborhood," she told NBC Niteside. "I'm just going to have to elbow my way in! [Via]

Other Details: The celeb nutritionist took some time to blow out the birthday candles.@AnishaLakhani Tweeted: "Dr.Oz birthday party at Lavo with mini cupcakes how appropriate!" 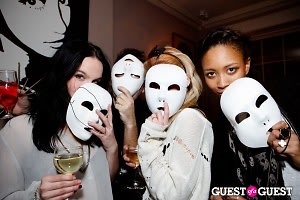 Other Details: Over 200 party-goers donned white masks (and a few pimpin' silver and gold ones) for Norwood's masquerade party last night, throwing identity to the wind for a blowout evening of artsy extravagance. Hank and Cupcake put on a rocking performance that got guests dancing with glow stick necklaces and a giant disco ball. Take a look at more photos HERE.