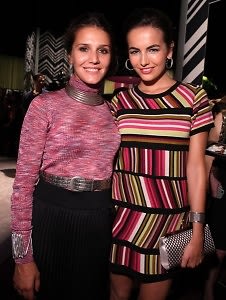 Where: Sixth Ave and 42nd Street 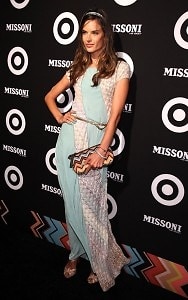 Other details: Guests finally got to see the much anticipated Missoni pop-up line for Target - and people went crazy over it apparently. Missoni outfits were flying off the shelves at the jam packed, star-studded event. Also, Target brought Little Marina, a 25-foot doll, to New York to cover the launch for her Target-created blog, “All the Way Up Here,” where she posed for pictures and communicated with her new friends through social media channels. The line premieres to the public today!

Other details: The Boom Boom Room re-opened it's doors with the help of Fendi. The anticipation of the re-opening caused the event to be packed full of guests and socialites - so much so that people could barely move.

Who was there: Artist Justin Belmont was in attendance with friends.

Other details: The latest exhibit from Not A Gallery was displayed at MINA. The space also features mannequins curated by Julia von Boehm, Peter Davis, Kristian Laliberte, David Lipke, Andrew Lutjens, Luigi Tadini, Patti Wilson and more. Complimentary cocktails and music were provided by BAKER. Designer Timo Weiland was the special guest and DJed for the evening. Go HERE for more photos! 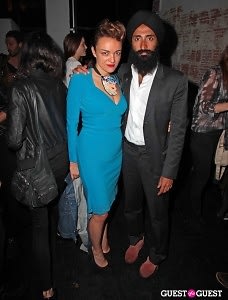 Who was there: Designer Johan Lindeberg, his daughter Blue, and Waris Ahluwalia were all in attendance to see Martin De Thurah's latest film.

Other details: The event was a private screening of Film 2, a BLK DNM short film directed by Martin De Thurah and starring Raina Hamner with a focus on fashion. Go HERE for more photos!

Where: Electric Room beneath the Dream Hotel

Who was there: Rachel Zoe along with hubby Rodger Berman, celebrated with friends such as Nur Khan, Samantha Ronson, Joy Bryant, Derek Blasberg, and Nate Berkus.

Other details: Rachel Zoe made her rounds last night, even fitting in her own birthday party. DJ Justin Dean Thomas provided the tunes for the cozy b-day bash. Only fitting that the queen of style has a birthday during fashion week, eh? 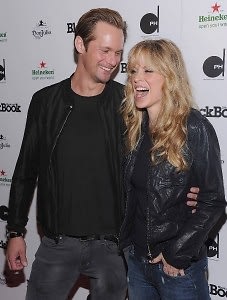 Where: PH-D Rooftop at Dream Hotel

Other details: BlackBook celebrated 15 years with it's latest cover boy Alexander Skarsgard. True Blood co-stars Skarsgard and Kristin Bauer hung out together at the rooftop celebration, where guests sipped on Tequila Don Julio and Heineken, and enjoyed Camacho Cigars on the balcony with musical entertainment by Das Racist and Neon Indian. Go HERE for more photos!

Surface To Air Opening and After Party

Where: Surface To Air, Mercer Street and B Bar

Other details: Guests got a sneak preview of the store on Mercer Street while a Kid Cudi short film was screened. Socialites shopped and sipped cocktails. Go HERE for photos! 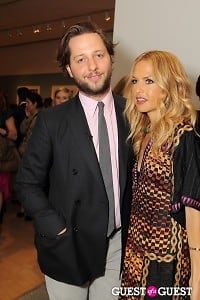 Where: International Center of Photography

Other details: Launch party for Glenda Bailey and Stephen Gan's book compiling their best covers throughout the years. Go HERE for more photos and HERE for our post!

Other details: W Hotels hosted Eva Ziegler, Global Brand Leader of W Hotels, and Stephanie Winston Wolkoff, Fashion Director at Lincoln Center and Fashion Consultant at IMG, along with Jenné Lombardo, W Hotels’ new Global Fashion Director, in welcoming this season’s Fashion Next designers. The six designers, who specialize in a range of concepts from tailored menswear to reversible dresses, were handpicked by Lombardo to join the third season of Fashion Next, the W Hotels fashion initiative that fosters and supports emerging designers. 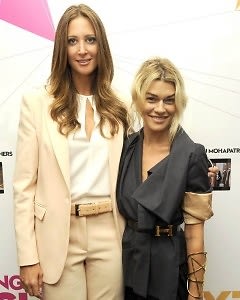 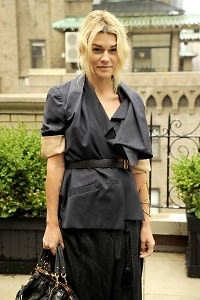 Other details: Christopher & Dana Reeve Foundation and Clark's Botanicals are co-hosted the 'Night for a Cure' benefit with Julianne Moore, W' Stefano Tonchi and a performance by Moby. Hors d'oeuvres were from Executive Chef Sam Talbot of Mondrian Soho and Surf Lodge in Montauk, an open bar provided by Grey Goose and desserts by Crumbs Bake Shop. 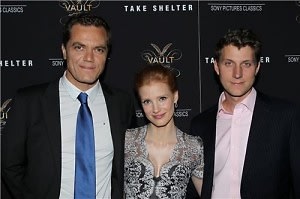 Other details: The Vault at Pfaff’s served as the location for the after party - and it will officially open to the public tomorrow. The venue is an incarnation of the famous watering hole that occupied the space in the 1850’s. All of the staff’s uniforms were created by designer Christian Siriano.