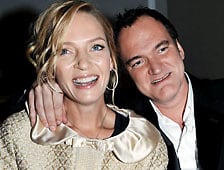 Other Details: Patricia Arquette said, " “I think they’re just going to go for the jugular and rip it out! Shred it and leave him bleeding,“ and they did. However, according to Gatecrasher, it wasn't that funny. Instead of comics heading up the roast, actors like Uma Thurman, Eli Roth and Brett Ratner took the stage. While they were confident, the jokes didn't go over well with crowd. The decibel of laughterwas described as "faint."  For GoaG's coverage of the event, click HERE. [Via] 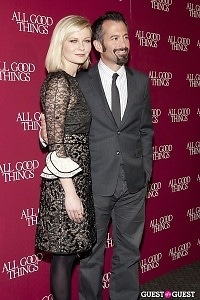 Where: SVA Theater, After Party at  Buddakan

Other Details: Kirtsen Dunst showed up with brushed hair wearing a pretty lace Valentino dress. Though she suffered from depression in the past, she was in high spirits partaking in toasts at the after party. Plenty of people whom Andrew Jarecki had worked with in the past showed up to give congrats including Nev Shuleman from CatFish and one of the Freidman's from the director's documentary Capturing the Friedmans. Take a look at GoaG's photo gallery HERE. 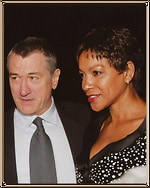 Other Details: Agnes Gund, Grace Hightower DeNiro and Robert DeNiro were honored at the 3rd annual New York Women's Foundation event. Proceeds benefit women and families in New York City. DeNiro is gearing up to host SNL this weekend. P Diddy is the musical act and has been Tweeting his anger over not being included in any sketches with the famed actor. "Attn @NBCSNL! No De Niro skit yet? Well it's live TV so I'm telling u I'm doing a skit with Robert De Niro. Better have a script ready for me. LOL." He added, "Somebody send me Robert de Niro's phone number do we can rehearse plus go over our lines for the skit we're doing together on SNL ...LOL". [Via] 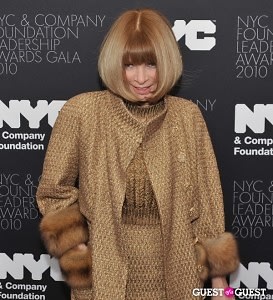 Other Details: The Mayor played host last night at the event to honor Anna Wintour, Diane Von Furtsenburg, and Macy's CEO Terry Lundgren. Everyone who is anyone in the fashion industry was there predictably dressed to the nines. Take a look at GoaG's photo gallery HERE. [Via] 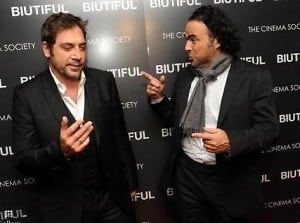 Other Details: Cinema Society presented Javier Bardem's newest flick. He plays a struggling father of two hustling illegal Chinese and African immigrants. Antony Hegarty, of the ever-serious Antony and the Johnsons, thought  it "was pretty heavy,” to give you an idea of just how intense the film is.  Javier's pregnant wife Penelope Cruz took mommy advice from Alicia Keys, who looked super slim considering she just gave birth six weeks ago. [Via]

Who Was There: Adam Lowe, director of Factum Arte

Other Details: This installation features a full size  “clone” of The Last Supper within a full-scale 4,000 ft replica of the Refectory Of Santa Maria Delle Grazie. [Via]