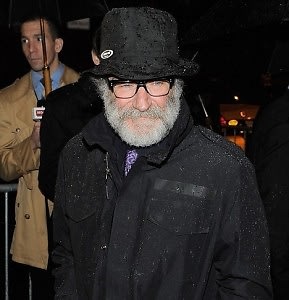 Sarah Jessica Parker took in a Broadway play, Daniel Boulud fed Mayor Michael Bloomberg, Kevin Smith screened his new movie for a hefty price, Ryan McGiness painted strippers in Day-Glo and much much more. Find out what happened this weekend!

Where: Bernard B Jacobs Theatre

Other Details: That Championship Season, a story about the promise of youth and challenge of staying in the game, has officially opened on Broadway.  Starring Kiefer Sutherland, Jim Gaffigan, Chris Noth and Brian Cox this sure to be a hit. Jason Patric, who you might remember from such classics as Lost Boys and Rush, also has a role and is still looking hot. So was Sarah Jessica Parker- who turned heads in a tight black number as she took her seat in the audience. But the celeb who got the most looks out of everyone was undoubtedly Robin Williams, who turned up to see the show looking like an over-aged hipster with a beard and dark, thick rimmed frames. [Via] 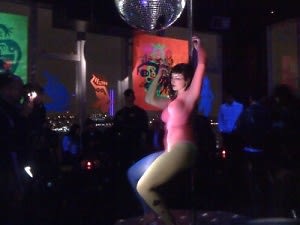 Other Details: When Ryan McGinness first debuted "Women: The Black Light Paintings" at a grimy nightclub in Miami during Art Basel. This weekend, for the second installation, he transformed Le Bain from nightclub to work of art with Day Glo paint, blacklight lit canvases, and a stripper pole complete with neon painted dancers from Sapphire strip club. Guests watched as the sipped on appropriately themed specials like "Private Dancer," and "The Pole Trick." [Via] 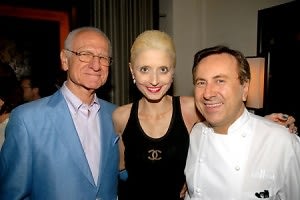 Other Details: Chef Daniel Boulud threw his annual Spring celebration at Citymeals-on-Wheels. Some 150 patrons put on their favorite blue jeans to feast on a late winter menu including black truffles and paired with fine Bordeaux and Burgundy wines.  [Via] 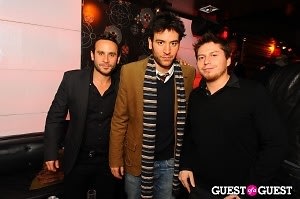 Other Details: The cast and crew of Paper Street Films celebrated the opening premiere for director, writer, and producer Josh Radnor's new film Happythankyoumoreplease at the CV Lounge. Get more details HERE and take a look at our gallery of photos HERE.

Other Details: The art crowd took to the ping pong  tables this weekend and got competitive while tipping back drinks and talking about what shows and exhibits they saw that day. 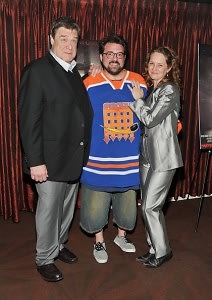 Other Details: Kevin Smith has kicked off his Red State tour,. He'll be taking his new horror flick on a 15-date journey around the country, ahead of its full release on October 19th. The Radio City show brought in $161,590 in ticket sales alone, before you factor in the associated merchandise sales, too. That's a huge number, and critical response has been good. After the screening there was a Q & A panel. Melissa Leo was on hand and managed to not drop the F-bomb. [Via]

FLATT MAGAZINE Presents AM STUDIO During The Armory Show, Works by KIKA KARADI and Performance by ELEW

Where: AM Studio NYC

Other Details: Guests of FLATT Magazine's Armory Week fete were in luck. Pianist ELEW, who has played with jazz greats and performed for Obama, took to the keys to do what he does best for the crowd. @catekustanczy Tweeted: "Dear @ELEW, you rock the casbah of human nature, the smell of teen spirit, the drama of Jane's diaries, & the genius of @Flattmagazine." 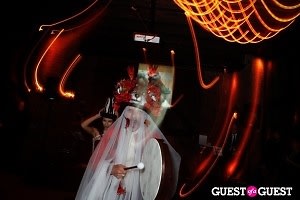 Other Details: In honor of Global Ukelele Day, Gregory de la Haba and the Beatles Complete on Ukelele presented ten special KALA designed ukeleles, which will be given to the most powerful and compeing people around the globe.. Find out more about the event HERE and take a look at more pictures HERE.

Other Details: Ralph Lauren threw a party for Architectural Digest's new EIC Margaret Russell (formerly of Elle Decor) to celebrate her first issue. The March mag states, “The Age of Elegance,” boldly on the cover and is a descriptor of the air of the evening. 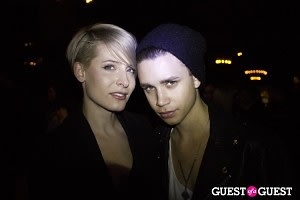 Other Details: Johnny Christ and Laura Cooper Brown invited guests to celebrate the end of Armory Arts Week upstairs at the Bowery Hotel Julian Shcnabel's daughter Stella DJ'd.   More details can be found HERE. And be sure to check out more photos HERE! 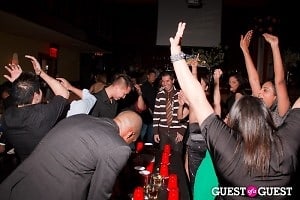 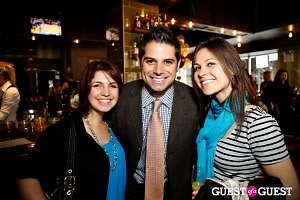 Other Details: BrunchCritic.com, a new web site, celebrated its launch with...brunch!  And mimosas. Take a look at the images HERE.