New Yorkers came out to watch the Oscars in style, Keri Hilson performed during a runway show,  Abigail Breslin hung out with Alicia Keys, Tenjune revealed its new look and more. Find out what happened this weekend! 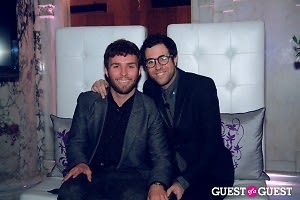 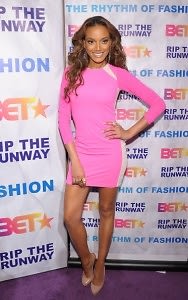 Where: The Manhattan Center

Other Details: Keri Hilson and  Wiz Khalifa took the stage at the 7th annual Rip the Runway show. Fabolous, Lloyd, Melanie Fiona, Miguel and “Backseat” rappers New Boyz also performed. Host Seltia Ebanks looked sexy in a tight pink dress, as did the models who walked the runway in looks from Rachel Roy, Tennille White, LaQuan Smith, Man vs. Machine, Lila Nikole and WISB “Way It Should Be.” [Via]

THE CINEMA SOCIETY & PARAMOUNT PICTURES host a screening of "RANGO" 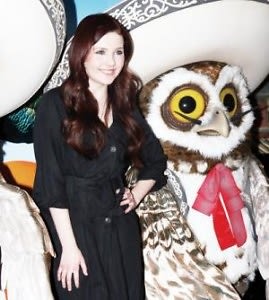 Other Details: Johnny Depp didn't make the screening of Rango, but Abigail Breslin was in the house. Abigail plays Priscilla, a cactus mouse,  in the movie about a chameleon with aspirations to be a  swashbuckling hero but instead finds himself in a Western town plagued by bandits. [Via] 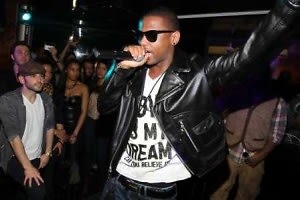 Who Was There: Eugene Remm, Mark Birnbaum, Fabolous 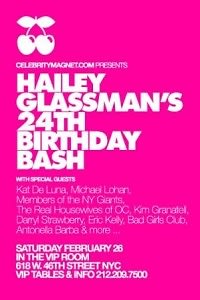 Other Details: Hailey Glassman, who has horrible taste in men, celebrated her 24th birthday at Pacha.   Glassman previously made headlines by dating Jon Gosselin and then having a messy public break up. The party seems like it was super classy. Kim G, the crazy lady from The Real Housewives of New Jersey, blogged about it saying that a lot of the names on their list couldn't get into VIP and they had to pay $60 to get in. Plus there was this:

"Michael Lohan was also part of the VIP invite list and through a source close to him was quoted as saying “I love Hailey like a daughter and wouldn’t miss her party for the world.” Well guess what? He was MIA. Missing in Action. And what’s more, he was given a first class ticket to NY, all expenses paid. And he still didn’t show up. I guess he really doesn’t love her too much as a daughter, huh?"

The Oscar Party, Hosted by The American Cancer Society and Royale Marketing

Other Details: Attendees dined on a three course dinner while watching the ceremony at this black tie event. After the meal, there was a live auction with proceeds going to the American Cancer Society.