2011 TRIBECA BALL at the NEW YORK ACADEMY OF ART 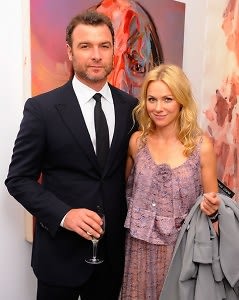 Other Details: The New York Academy of Art held its annual art party featuring five floors of open studios and the work of over 100 artists. There was champagne, dinner, dancing and celeb watching. Jenna Malone looked nothing like her Saved character, all glamed up in a Cushnie and Ochs dress (and you know, not pregnant), Naomi Watts and Liev Schreiber looked adorable as ever, and Sonja Morgan looked almost dangerously thin. [Via] 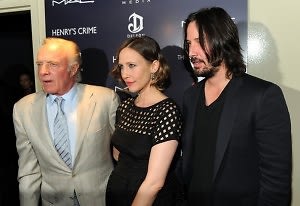 Where: Landmark Sunshine Theater, The Trilby

Other Details: "Henry's Crime," is Keanu's first movie since 2008. His character is falsely accused of robbing a bank, goes to jail for it, gets out and decides to rob that same bank. Whooooaaa, excellent. He also falls in love because this is a movie.  Keanu was in attendance, looking scruffy and sexy as ever with a long beard.  He put on his etsy boyfriend beanie during the after party looking simultaneous like he might rob someone or a take to the woods to kill a bear. He was friendly to female fans who approached him, taking time to talk to each and seeming genuinely into every conversation. Courtney Love was in the house in a long sheer number talking at length with reporters. Olivia Palermo sported a 40's housewife shift dress and hairstyle and sat in a corner banquette talking with her model boyfriend and their model friends. [Via] 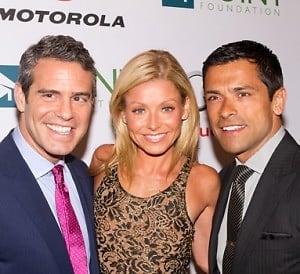 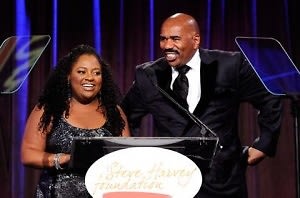 Other Details: The annual "Stars of Stony Brook" Gala honored Julie Andrews and her daughter, Emma Walton Hamilton, a New York Times best-selling author and member of the Stony Brook University faculty. The event included cocktail and dinner with all proceeds benefiting Stony Brook Long Island Children’s Hospital. Guests were also given a chance to mingle with Mary Poppins herself, which was worth the cost of admission. @ebc611 Tweeted: "20 feet away from Julie Andrews. Nbd. #hyperventilating" 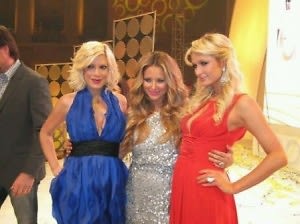 Other Details: Paris Hilton is getting another reality show! Another one! Because people like stupid TV.  Oxygen announced other shows as well. Maids of Drama (working title) which focuses on bridal parties gone awry; Lost Angels (wt), which follows Chloe Lattanzi, daughter of pop icon Olivia Newton-John; and My Post Grad Life (wt), a look at the year after college graduation. Darren Criss, Glee's resident hottie, is also going to be mentoring kids on something called the Glee Project. [Via] 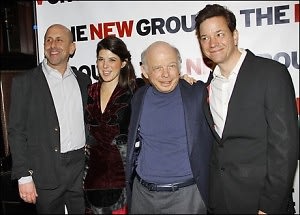 Other details: Last night marked the celebration for the first major New York revival of Wallace Shawn's Marie and Bruce! It will be presented at The New Group with a cast headed by Oscar winner Marisa Tomei as Marie and Frank Whaley as Bruce. [Via] 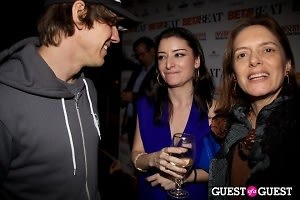 Where: The Thompson LES

Other Details: BetaBeat, the new technology site brought to you by the Observer Media Group, grants readers unprecedented access to the characters and stories that make the NY tech scene hum.  And last night it was definitely making noise as the tech elite celebrated the launch at The Thompson LES. Find more details HERE and take a look at more photos HERE. 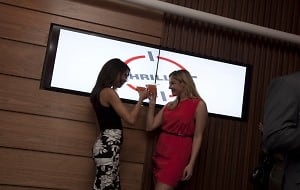 Where: The Kitchen NYC

Other Details: Martini Week runs from April 4th-17th with 16  bars and restaurants offering up their own unique interpretation of a classic Gin or Vodka Martini, each for around $11.  To kick things off, mixologists showed off their skills with custom-crafted Bombay Sapphire and Grey Goose martini cocktails and Top Chef Cynthia Sestito served up frog legs. The best though: Grey Goose cupcakes.