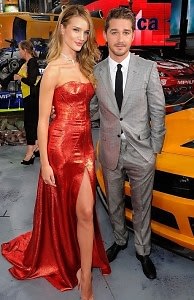 Transformers 3 took over Times Square with stars and robots in disguise; Salvatore Ferragamo took over Duke Mansion; Mark Ruffalo and Liev Schreiber came out for Imitation's Resort line;  Patrick McMullen celebrated the Year of the Rabbit;  Paz de la Huerta partied on the High Line and more!  Last night's parties probably got drunk and had an "accidental" nipple slip!

The New York Premiere of Paramount Pictures, TRANSFORMERS: DARK OF THE MOON, presented by CHEVROLET and NOKIA Plus After Party!

Other Details: Michael Bay rolled out his new Transformers flick in Times Square. He didn't awesomely blow anything up which would have been awesome-AWESOME-but he did make the already congested area a total shit show. I happen to be there yesterday for the 1x per year by total random necessity and just trying to walk through almost put me in rage-tears. It was like a huge line to nowhere but the next block. Total block-up by crowds taking pictures of the giant robots in disguise on display and trying to snap a picture of "That's one of the people in the movie!!!!" who I am assuming was Shia LaBeouf. Oddly, The Smith kids Willow and Jaden were there but Will and Jada were no where to be seen, which is odd and also against the law or something because the flick is PG-13 and neither of the kids is that age (I think). Anyway, they should make a Olsen-styled flick: The Smith: In A New York Minute, where they get into wacky shenanigans that involve karate and hair whipping and going to premieres of action flicks. [Via] 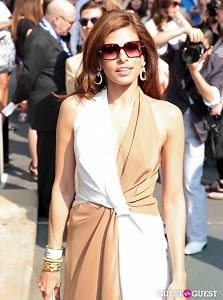 Where: James B. Duke Mansion

Other Details: Creative Director, Massimiliano Giornetti presented the Salvatore Ferragamo Resort 2012 collection last night in New York City at the exclusive James B. Duke Mansion, former home to glamorous socialite Doris Duke. The designs of the night were shared via Facebook and Twitter, with the brand's Women's Resort 2012 Collection themed around elegant dressing. Be sure to take a look at photos HERE!

Where: The High Line

Other Details: Celebrities came out to enjoy some twilight dancing on the High Line. Paz de la Huerta wore revealing clothing and probably showed her nipple at some point being either wasted or so highly sexualized that she is no longer connected to her body in any sort of sexual way, like young children who run around naked in public. Kellan Lutz was there because for some reason people keep inviting him to parties. Why? Can we stop?  Please! Who are you again?  Why is your hair died like an NYSNC reject and why does it enrage me so much when I just don't care at all about you?  Celebrities: They're infuriating and got to go home with limited-edition gifts courtesy of Coach Men's Collection. Unlike you. 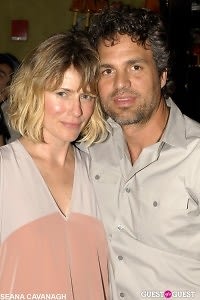 Where: The Jane Hotel

Other Details: The party celebrated both Tara Subkoff's new Imitation resort line and also the legalization of gay marriage in NY. Guests watched her self-directed short film that follows a girl in NYC (Nicole Trunfio) who thinks all of her friends have forgotten her birthday. Not only did they not forget but she is proposed to by her girlfriend.  Be sure to take a look at photos HERE! 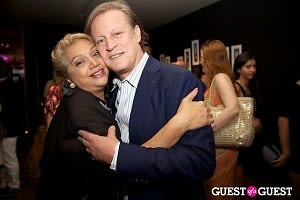 Where: The Sanctuary Hotel

Other Details: Patrick McMullen and David Foox showed off their art to friends with a party at the Sanctuary hotel that also celebrated the Year of the Rabbit! Be sure to take a look at photos HERE! 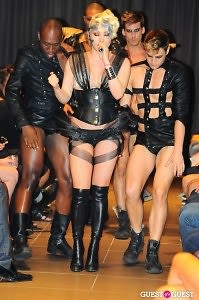 Other Details: Stephen Mikhail honed his craft at Catherine Malandrino, Diane von Furstenberg, Dennis Basso, and Alexander McQueen before launching his own line. The Resort Collection 2012, is called “Baby” and is inspired by screen legend Lauren Bacall. It includes a lot of leather and stuff that Lady Gaga would have in her closet. Proceeds from the event went to the Dawson Scleroderma Foundation. Be sure to take a look at photos HERE!