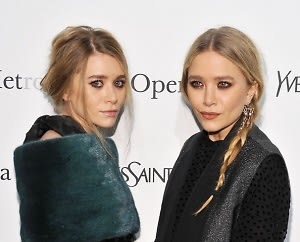 Where: The Metropolitan Opera House

Other Details: Yves Saint Laurent sponsored the Metropolitan Opera’s premiere of Rossini’s Le Comte Ory at Lincoln Center. Almost every celeb-Claudia Schiffer, Ashley and Mary-Kate Olsen, Emmy Rossum, British actress Rebecca Hall, Juliana Marguiles and Claire Danes- wore YSL to celebrate the occasion and thus ensuring the evening was high style. All guests enjoyed cocktails and dinner before the performance. If you didn't think the Olsen twins were slightly weird in their always togetherness (though ultra hip in every other regard) check out the quote they gave to Vogue this month:

"Some of our memories are shared. We don't know what actually happened to whom. One of us was stung by a bee, but we can't remember who, because we both felt it."

Opening Night for THE BOOK OF MORMON 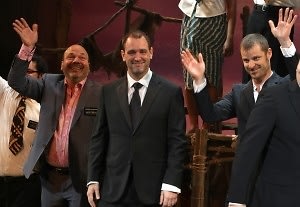 Where: The Eugene O'Neil Theatre

Other Details: Just hearing the name of the play, "Book of Mormon," probably conjures visions of an ultra-serious, dramatic religious play. And it is those things, but it's nowhere near dry. Created by Southpark team Trey Parker and Matt Stone it's bitingly funny and sickly subversive. The critics are loving it.  [Via] 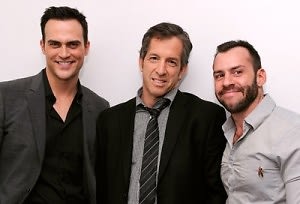 Other Details: amFar's gala last night was extra meaningful. The organization was started in part by the late great legend Elizabeth Taylor. Her jewelry is set to be auctioned off with funds being directly donated. There were a ton of Tweets about the view from the Mondrian penthouse as guests enjoyed their evening overlooking the city.  [Via] 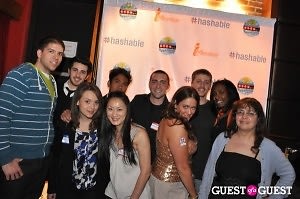 Other Details: The annual Twestival supported iMentor, a group that uses a combination of technology (like Skype and email) and real life visits to give inner city kids the chance to work with professionals. There was food, drinks, and a raffle that included the coveted iPad2! Be sure to check out more pictures HERE. 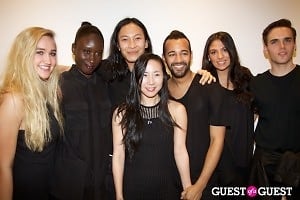 Other Details: Alexander Wang hosted a private shopping event for American Express cardholders at his new flagship Soho store. Get more info HERE and be sure to take a look at the pics HERE. 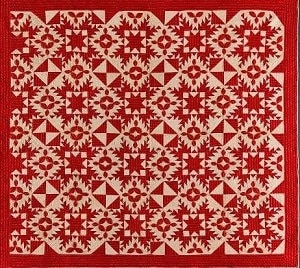 Other Details: The American Folk Art Museum has taken over Park Avenue Armory’s historic 55,000-square-foot Wade Thompson Drill Hall with a ton of quilts. How many? Some 650 red and white American quilts, all of which are on loan from the collection of Joanna S. Rose. It is the largest exhibition of quilts EVER held in the city. Call your grandma and your knitting circle stat.

Other Details: Are you aware of Palm Beach, Florida? Boca Raton? If not, Lilly Pulitzer would like you to become aware. In order to teach you about these far-flung foreign lands, she held a shopping event last night at her store where women where decked out in the preppy pastels she is best known for.