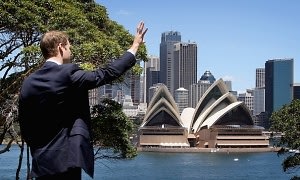 Prince William, the most dashing member of the British Royal Family touched down in Australia over the weekend for his first official overseas visit, proving that in the eyes of the monarchy he's finally all grown up.-

It is understandable, then, that the Prince should feel a connection to the people of the Commonwealth, and they to him. The mutual admiration between Australians and the young Prince is very much evident throughout the photos of his royal tour of duty. 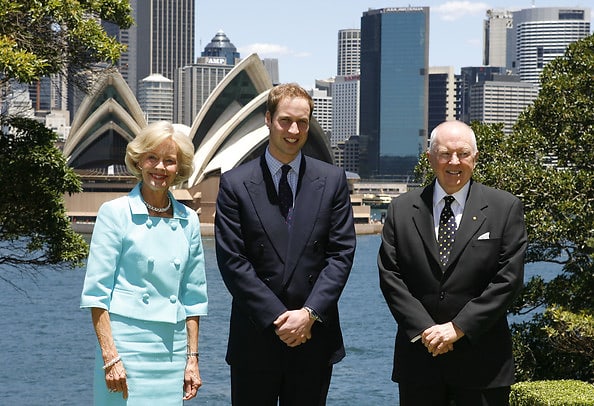 On his first day in Australia, the Prince met with Australia's Governor General Quentin Bryce and her husband Michael Bryce. The trio posed in front of the Sydney Opera House while lunching at Admirality House, where the Prince mingled with Australian singer Delta Goodrem and cricket player Michael Clarke. 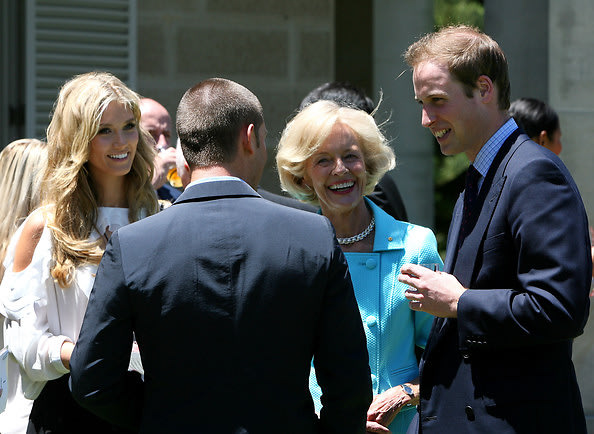 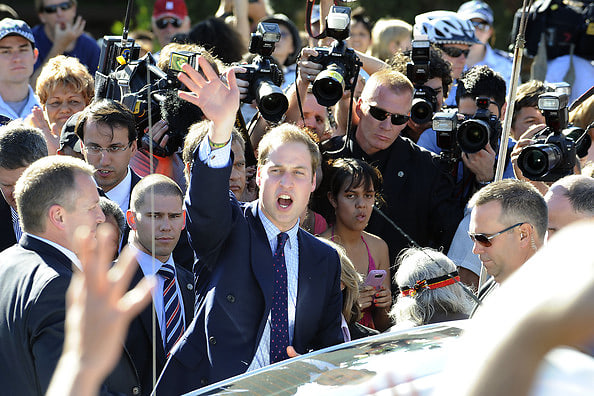 Understandably, the Prince attracted huge crowds wherever he went, but made an effort to, when possible, wave, (shout?), and mingle with admirers. 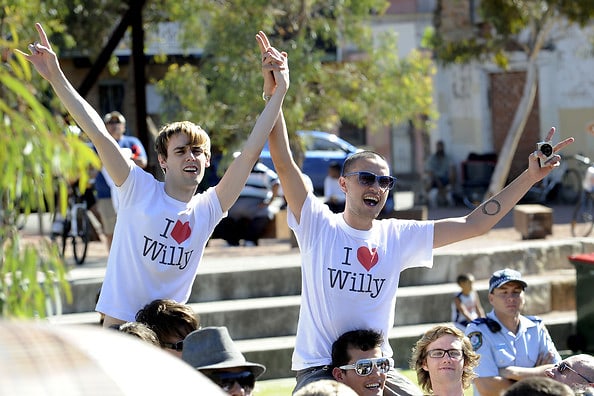 These guys are giving Kate Middleton a run for her money. 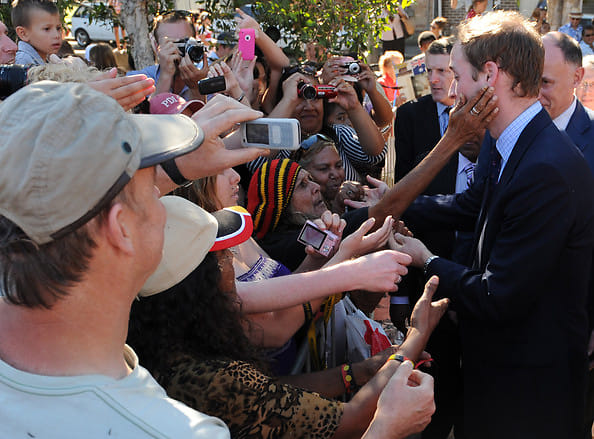 And this is where the Prince proves that he's inherited his mother's famous people skills: being touched and prodded in a crowd would quite frankly terrify even the least claustrophobic person, but William seems to handle the attention with ease. (He might be thinking "Oh god, please take your hand off my face" on the inside, but at least he masks it well.) 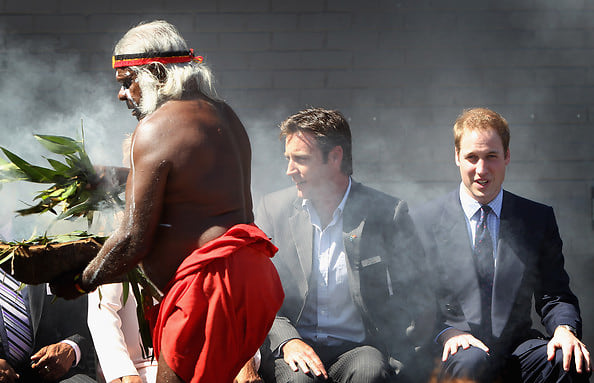 Now here's a prince who doesn't flinch (too much) when things get hot and smokey. 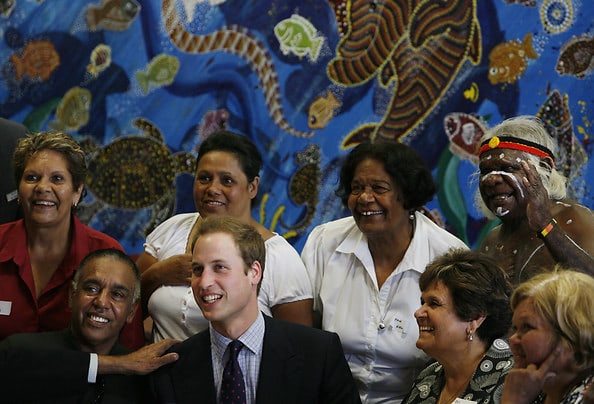 Visiting the Aboriginal Housing Company, which the Prince had specifically requested to see. The Indigenous leaders of the community handed him a petition to have the head of an Aboriginal Warrior, which is currently in a jar in England (??) returned to the community. Without hesitation or checking with his British advisers, the Prince gamely signed the petition, no doubt winning the respect and admiration of the community for a long time to come. 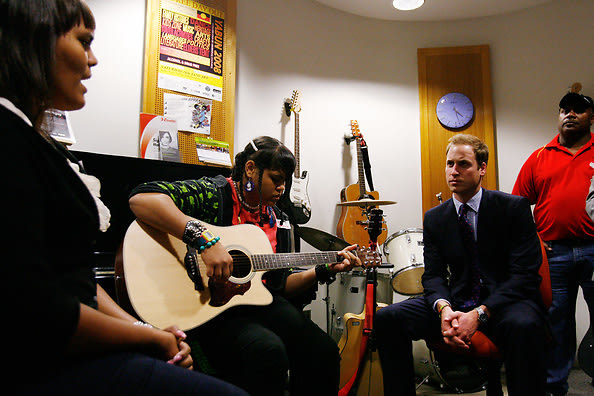 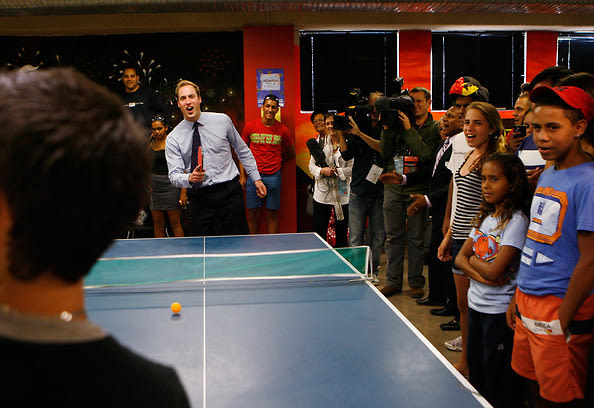 Throughout the trip, William proved he was eager to enjoy and participate in local activities. He proved himself adept at interacting with both the adult.... 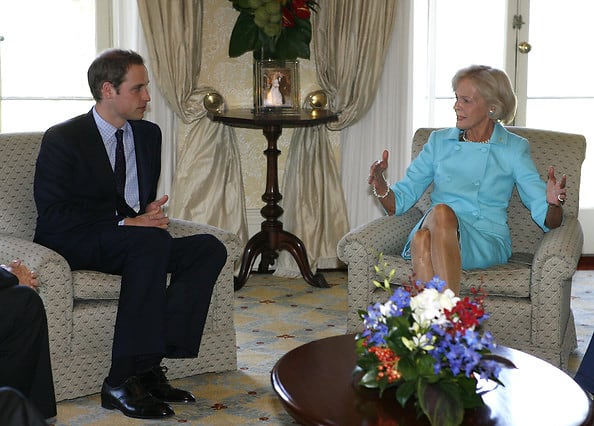 And younger members of the community. 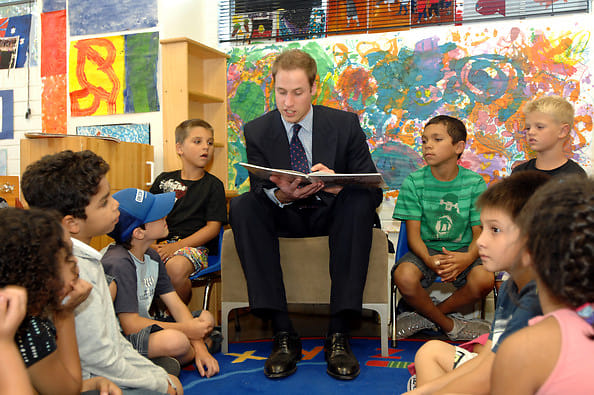 But lest anyone forget he's a young twenty-something at heart, the Prince capped off his trip by REALLY communing with his people, aka partying at the Loft nightclub in King Street Wharf.

He may be a nearly perfect Prince, but it's nice to know he lets off steam like the rest of us.

[All images via Getty].