It all started with a fantastic shirt dress a few years ago that Minnie designed for herself - which then grew into a demand among her friends for her shirt dresses and now has become a full fledged eponymous design collection within the last couple years which has grown 5 fold in the last year. Minnie is in demand and her designs are simple, intelligent and wearable staples that complete the missing pieces in a woman’s wardrobe. If Diane Von Furstenberg’s legend has thrived on the wrap dress, Minnie’s future success is in the bag. And it’s kind of hard not to love her as a person which was clear by the blue chip support she received at her dinner last night. It was the hottest ticket in town. 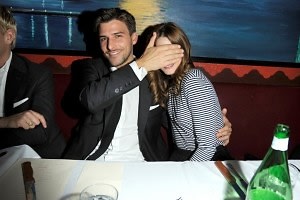 In my opinion, a crowd this good has not gathered together for a sit down dinner since The Daily's CHIC MUST GO ON dinner at LA GOULUE in February. I know this for a fact because dining at my table was Michael Musto from the Village Voice, the ever stylish Jackie Astier and Lauren Remington Platt. While at the next table 7 inches away we had Valentino’s legendary Carlos Souza who was seated across from Minnie who was next to Patrick McMullan who was across from trendspotter Bettina Zilkha who not so long ago scribed Ultimate Style: The Best of the Best Dressed List.

Just up the step to the raised part of the dining room was another power table: Michael Bastian’s PR Whiz Eugenia Gonzalez Ruiz-Olloqui was seated next to Ali Wise, both were across from Paper Magazine’s charming Luigi Tadini who was seated next to our own editor Rachelle Hruska who was having an intimate chat with Paper Magazine owner David Hershkovits who was across from Peter Davis. To the right of that table was another table which included hostess Olivia Palermo seated with the handsome couple of Daniel Benedict and Andrew Saffir (founder of Cinema Society) along with Vogue’s Serena Nikkhah and Edward Barsamian. 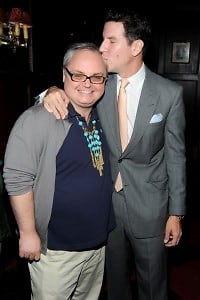 Scanning the room I could see Bettina Prentice, Timo Weiland, Jim Shi, Hayley Bloomingdale,  Billy Farrell (snapping all the ladies in their Lulu Frost jewels), Christian Leone from Gilt Group, Topper Mortimer, Ashley Baker from The Daily, Valerie Boster from Vogue, Sunny Spencer and Samantha Swetra from Bergdorf Goodman (Sammy is Olivia’s cast mate on The City), Ally Hilfiger who’s currently designing her own line and the list goes on. Later we were joined by Martin Marks, Jared Clark, Suzanne Fuller, Robert Fowler, and Tim Morehouse. I think the only person we could possibly have been missing was Anna Wintour.

According to Jackie Astier, the East Side Social Club could be The Waverly of uptown. The food was pretty amazing with the Crispy Porcini and Cod making a favorable impression. Everyone seemed to love the cucumber infused cocktails; it’s good that cucumber is a natural diuretic because I think we all indulged quite a bit. With that came fun, laughter and genuine exchanges. Whoever said fashion is superficial probably never really worked in fashion or experienced it. Or perhaps they never got to have a 1 on 1 with Minnie. There was a lot of heart at the East Side Social Club as we toasted Minnie Mortimer’s 2010 Spring Collection. 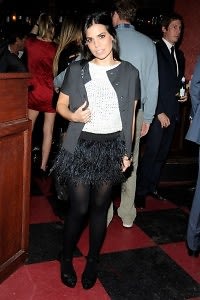 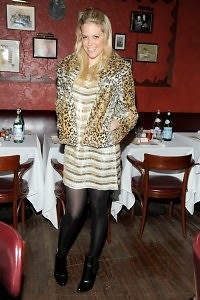 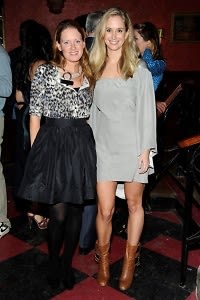 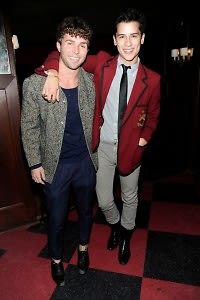 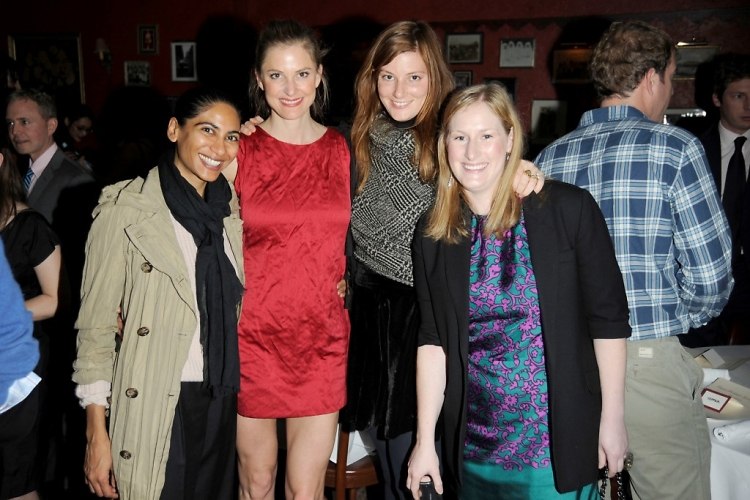 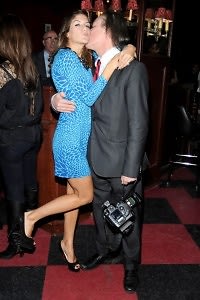 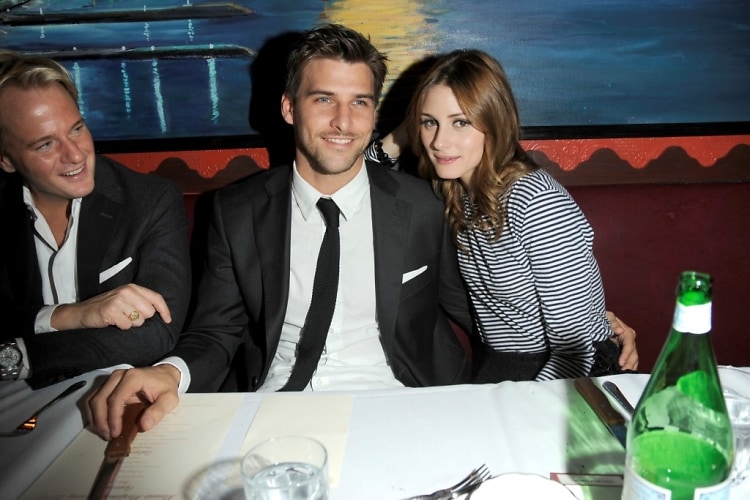 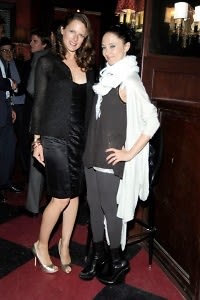 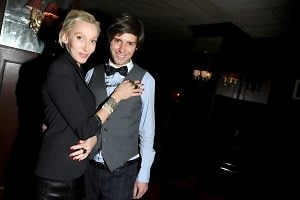 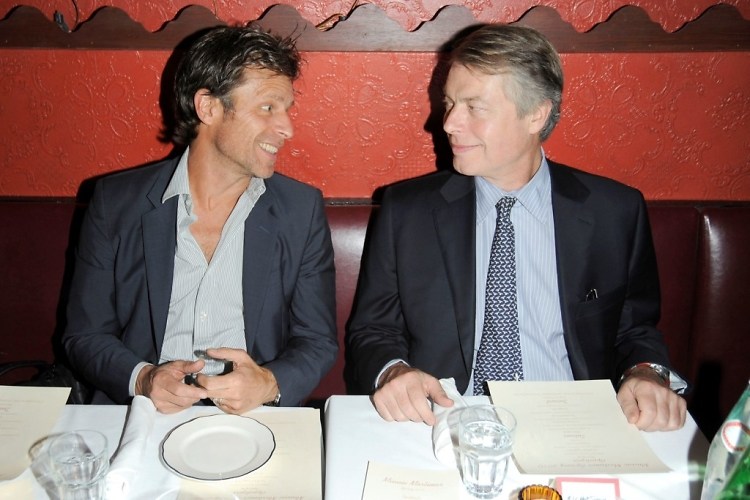 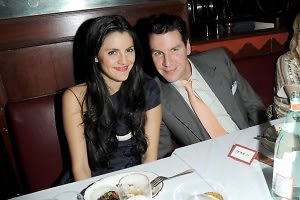 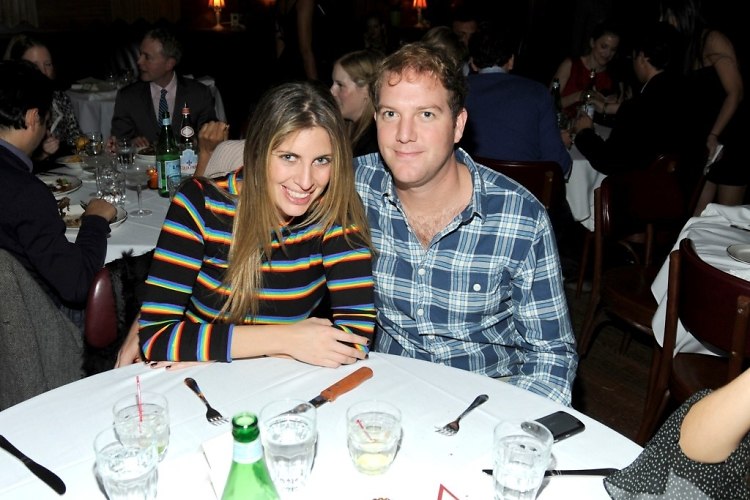 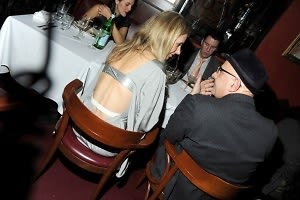 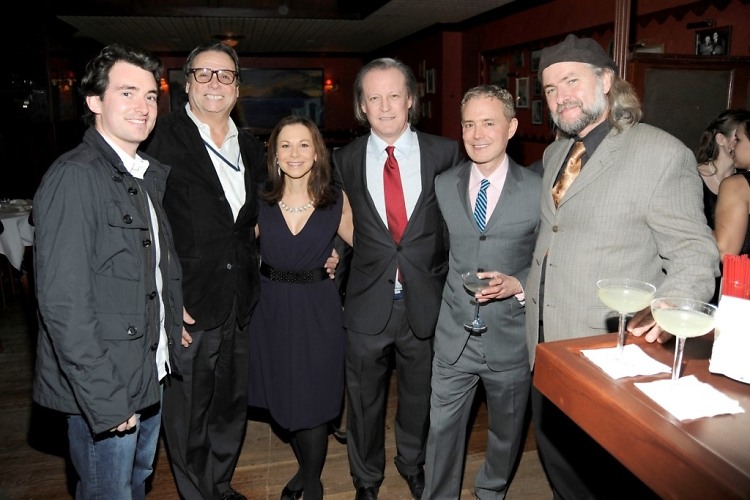