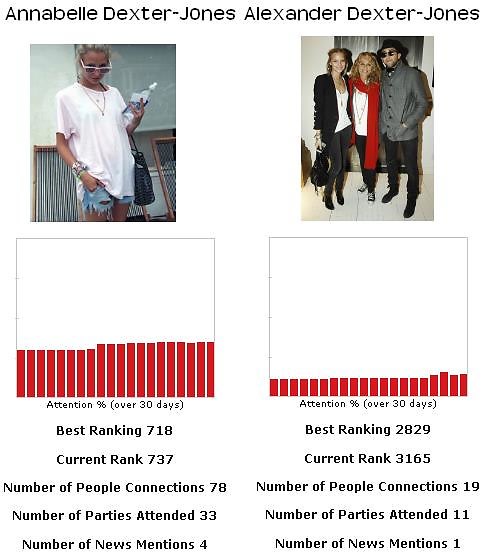 Their names may be a mouthful, but these two were born cool.  They share the same hot mama as the Ronsons and are fixtures in the "be seen at" party circuit.  Annabelle Dexter-Jones takes on her brother Alexander Dexter-Jones in today's Fame Game Matchup.  The best thing about these two is they put such little effort into being hip....which is actually a prerequisite for this kind of cool, (though it seems Alexander has a bit more work to catch up to his sister's coolness, or...perhaps it's the other way around as I imagine in this family, being thought of as "cool" on Fame Game is sooo "uncool")