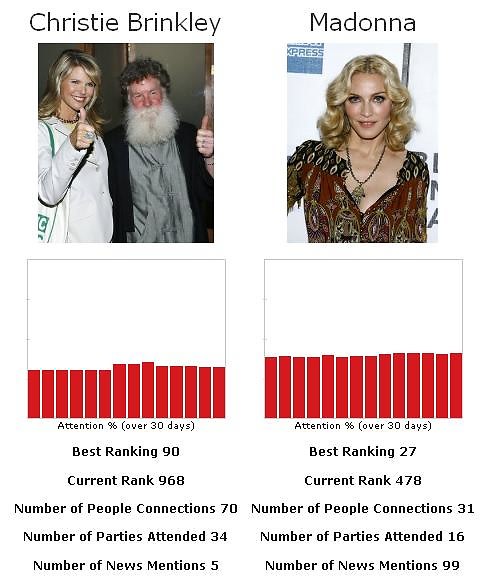 Today's Fame Game Matchup is between the two newest faces of NY Mag.  This week, Ms. Brinkley has followed in the pop star's footsteps and graces the newstands across our city.  These women have more than that in common, both are mothers that have been spending parts of their summers out in the Hamptons.  They're also both (*gasp) in their 50s!!!!  Madonna may have Christie beat by a tiny bit on Fame Game, but Christie has the pop star beat in age.  At 54 she is 4 years older, which is more than hard to believe.  They are both some hot mammas!