1. Marc Jacobs to receive CFDA Lifetime Achievement Award. The Council of Fashion Designers of America have selected the incredibly talented designer for the award which will be presented to him at Monday's 29th CFDA awards. [CBS] 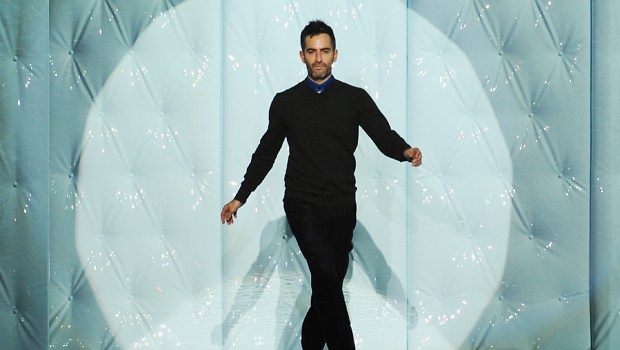 2. Michael Kors will be featured on 20/20 tonight. The designer will be interviewed and profiled on ABC at 10 p.m. EST. We look forward to seeing what he has up his sleeve. [Racked] 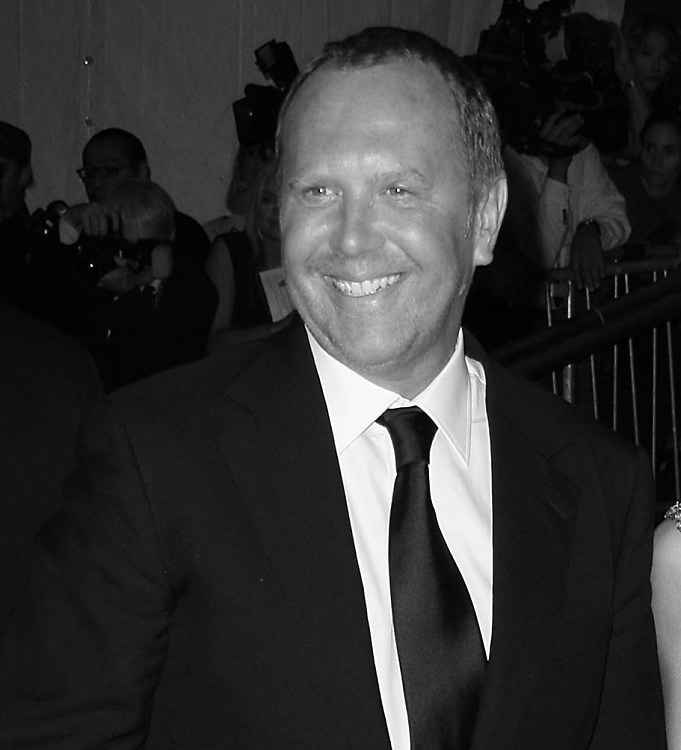 3. Heidi Klum gets naked for Project Runway campaign. The Lifetime show is entering its ninth season on the air. The campaign is part of the network's move to embrace the contemporary, sexy, independent woman. Sex sells. [Fashionista] 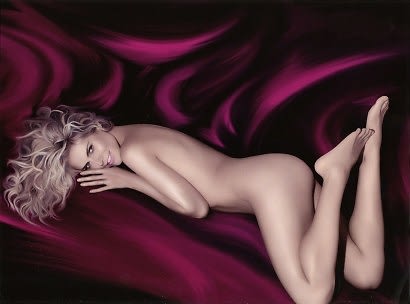 4. Claudia Schiffer looks phenomenal in the July issue of Harper's Bazaar. After 20 years of modeling, she's definitely still got it. Check out next months issue of the magazine for more photos and the exclusive interview with the 40 year old model. [Racked] 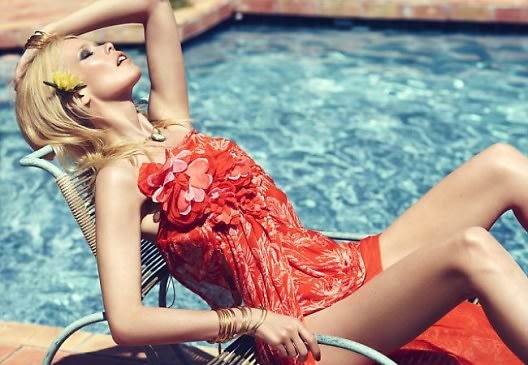 5. Karl Lagerfeld refers to his would-be biographers as 'lazy pigs'. When asked by Elle at the Gordon Parks Foundation dinner who he'd select to write his biography, the designer responded: [Elle.com]

“Whoever has time, because I couldn't care less. Today nobody’s really found the real story," he answered. And he definitely won't go out of his way to throw would-be biographers a bone: "I don’t have too much consideration for the poor people who try to write that book ... But it’s interesting that people in fact are lazy. If they worked hard they would find interesting things. Nobody finds it! So I’m in a position to say ‘Fuck you, you’re all lazy pigs.’ And I certainly won’t help them!” 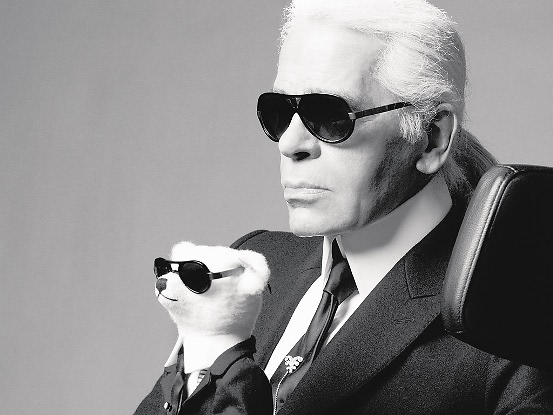 6. Fur flies over Fendi's Seoul fashion show. 1200 international celebrities and fashion leaders descend on the capital city of South Korea for an important fashion show presented by Fendi. South Korea had originally ordered fur banned from the Fendi show but retracted the ban when Fendi agreed to reduce the amount of fur items on the runway. [Yahoo] 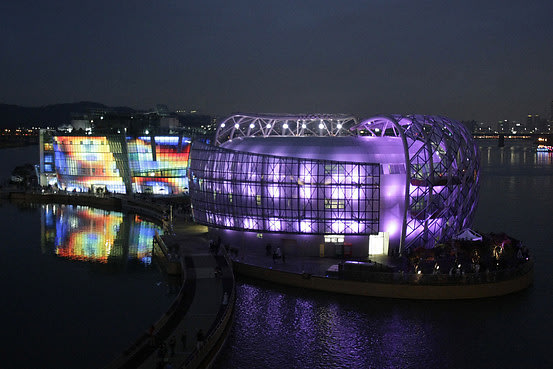 9. Miuccia Prada is one of fashion's biggest money makers. Historically private records have surfaced regarding the designer's finances, exposing the fact that Prada is estimated to be worth some $15 billion and Miuccoa Prada herself raked in approximately $14 million in 2010. [Fashionologie] 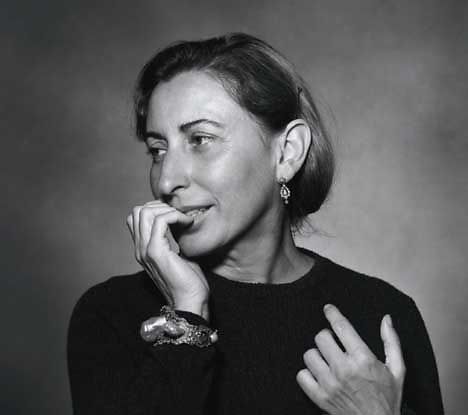 7. Vogue Italia celebrates some beautiful plus-sized women with a sexually-charged and photoshop-free spread in next month's issue. [Styleite] 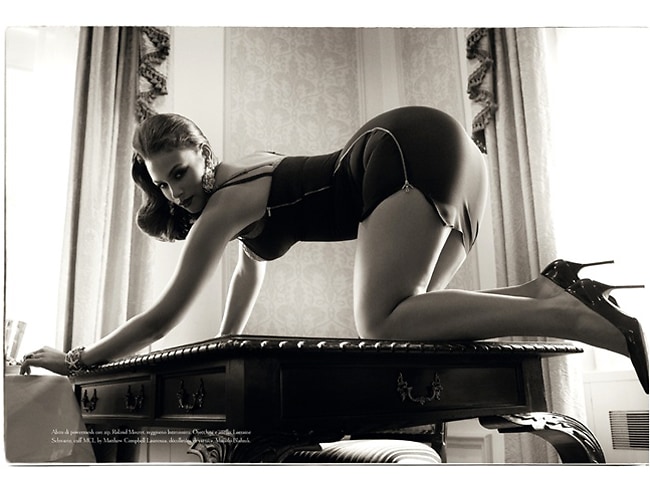 8. Speaking of Vogue, Hamish Bowels, the magazine's European Editor is in the process of writing his autobiography. Bowles has become known for his exciting lifestyle choices such as taking surf lessons and shooting hoops with NBA pros, as well as for his phenomenal exhibition work. [Fashionista]

10. Zalo launches their patterned loafers for summer 2011.These slip on sensations by Italian brand Zalo are a little less Hugh Hefner and a little more more Park Avenue than your everyday loafer. The new line offers a variety of patterns and textures from velvet and lace to flowers and elephants. Happy Feet!! [Refinery29] 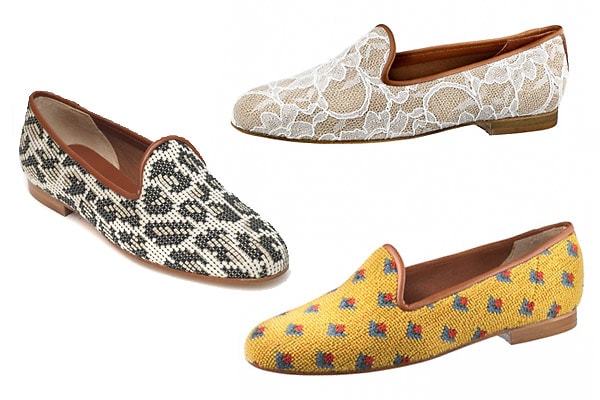