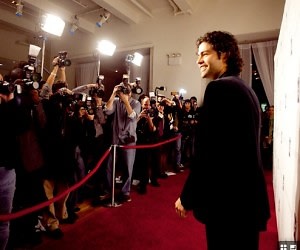 Scott Harrison's Annual Charity: Ball is always a hot ticket each December. And, its not just because Adrian Grenier is host. His Charity: Water organization has quickly become the hip fundraiser to support, mostly because of its most simplistic vision: providing the thing that everyone in the world deserves....water. This year, GofG hopes to help Scott's mission by giving away 2 Tickets to the Fundraiser Gala on December 13th to one lucky newsletter subscriber [Sign up now!] as well as encouraging our readers (you!) to purchase their own tickets at: www.charitywater.org/charityball.

An evening to benefit freshwater projects in developing countries.

Almost a billion people don't have access to clean water. Join non-profit charity: water at our annual gala to help change that. 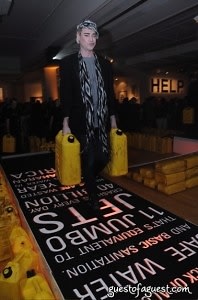 You'll learn about the water crisis and how we're fighting it. You'll be hosted by Entourage's Adrian Grenier, sip African-infused drinks and experience a surprise musical guest. Immersed in galleries of photography, video and installations; you'll have plenty of chances to join our mission to bring clean water to people in need. The room will move to the sounds of DJ Jus-Ske and a surprise musical performer, while sipping libations by Alex Ott and tasting culinary sensations from New York hotspot, Betel. Last year’s charity: ball raised more than $1.8 million in one evening, proving that one night on the town can make a real impact.

charity: ball 2010 is Monday, December 13, at the Metropolitan Pavilion in NYC. Join us!

Almost a billion people don’t have access to clean, safe drinking water. Unsafe water and lack ofbasic sanitation cause 80% of diseases and kill more people every year than all forms ofviolence, including war. Children are especially vulnerable, and women and children bear theheavy burden of water collection, walking miles every day to water sources that are likely tomake them sick. Clean water projects coupled with sanitation can reduce disease rates byalmost 50% and provide time, freedom and economic opportunity for areas in need.

For more information on charity: ball and media inquiries, contact:

[All GofG Posts on Charity: Water]