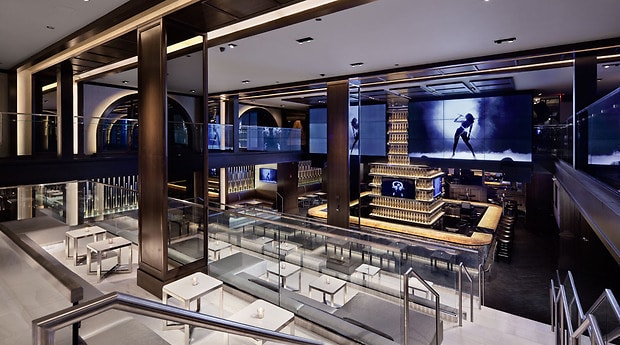 Join New York Yankees second baseman Robinson Canó at a fundraiser and domino tournament. Featuring cocktails, live music and hors d’oeuvres, the evening also offers the chance to play a one-on-one dominoes game with Canó himself. One-hundred percent of ticket sales will be donated to RC24 to benefit underserved children in New York and Canó’s native Dominican Republic. Get this Gilt City and Guest of a Guest Daily Deal for a Superhero Ticket for only $750 before they go! Sale closes in 3 days...

This superhero-themed fundraiser, at Jay-Z’s glamorous 40/40 Club in Flatiron, benefits Yankees second baseman Robinson Canó’s RC24 Foundation. The 40/40 Club is named after the rare achievement in baseball when a player hits 40 home runs and steals 40 bases in one season, a feat managed by only four MLB players ever. Among other initiatives, the foundation sponsors “Grand Slam Wishes,” a program that allows terminally ill children to experience a VIP day with the Yankees. Your evening will be filled with live music, a silent auction, and more. Make sure to snap a pic in the interactive photo booth, perhaps with one of the superheroes in attendance. You’ll watch the celebrity-studded domino tournament while sipping on cocktails. You’ll also nosh on passed hors d’ouevres from 40/40’s chef. Three finalists from the competitive domino tournament will play against Canó himself in an exclusive VIP suite. Buy your own tickets here! Get your Super Hero ticket to the Robinson Can Foundation & 40/40 Club Domino Tournament here!

Must be 21 or over to consume alcohol; valid government ID required