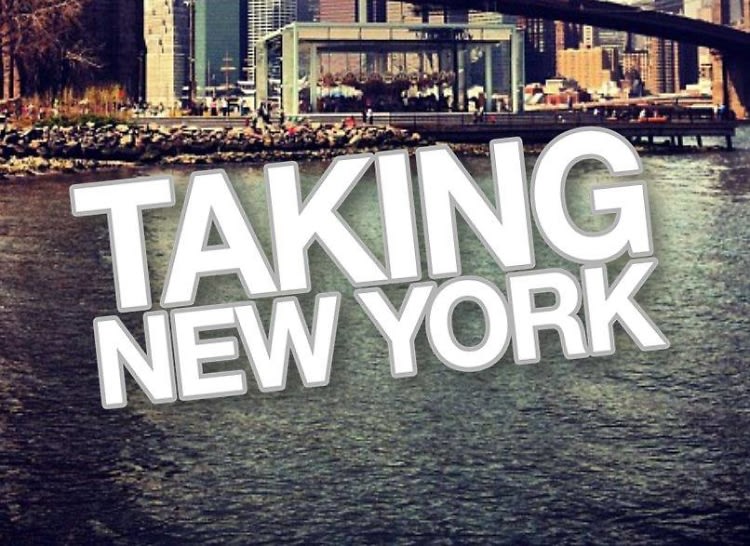 Taking New York is a brand new constructed reality series – a supersized real-life This Life set against the backdrop of New York. We’re looking for a group of young Brits who have taken a leap across the pond to take on the challenge of the big apple.

Alongside the glossy NY reality, we will follow the lives and loves of these glamorous Brits as they attempt to make their mark in the most ruthless city in the world. Think you'd be a perfect fit?

From an aspiring model to an advertising executive, a junior PR girl to a gallery curator, a wannabe DJ to a society party planner – we will tell the stories of the career highs and lows, loves, break ups and friendships – all the real-life ingredients that make for the best-loved scripted US dramas, from Sex and the City to Girls, Friends to MTV’s The City.

Set against the movie-like vistas of Manhattan and Brooklyn – from the scene-y restaurants in the Meatpacking District to the laid back dive bars in Williamsburg, Central Park to Prospect Park – Taking New York will give viewers an exclusive insight of what it’s like to be young, ambitious and British in the greatest city on the globe.

The programme will be filmed between April and July 2014 and aired early 2015. The casting team are currently in New York between the 26th February and 3rd March ready to meet any young Brits keen to hear more. They are looking for glamorous, aspirational young adults who are out every night, know everybody on the circuit and work hard but play harder. There will also be a casting event on the weekend of 28th/1st/2nd so watch this space! 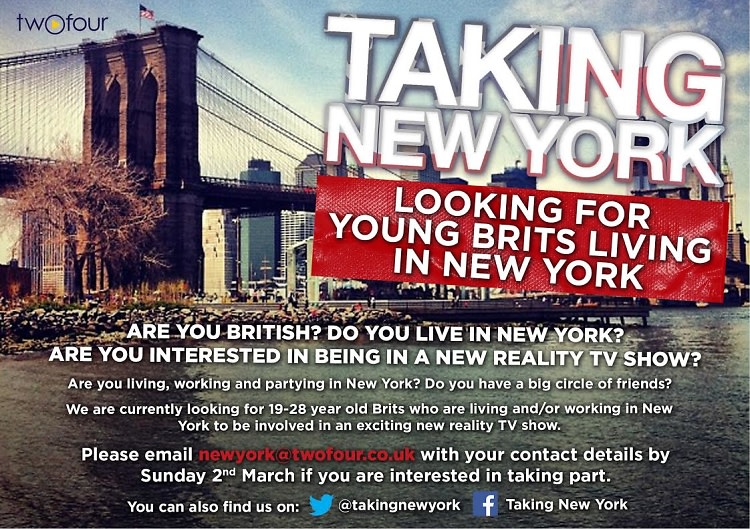