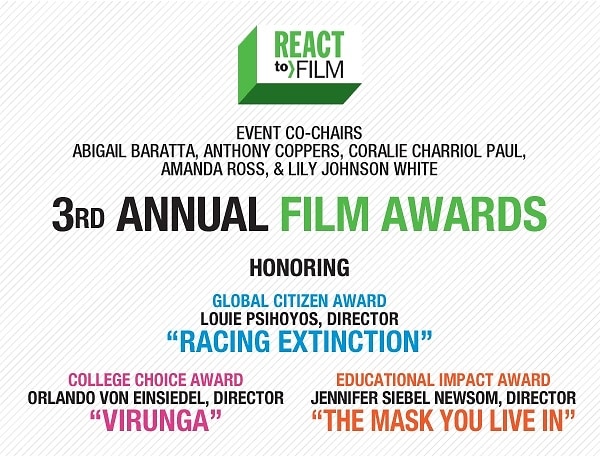 Thanks to last fall's epic REACT to FILM "RTF?!?" sneakers-only warehouse party, we're all stocked up on designer kicks. Now they're back with another can't-miss event: the 3rd Annual REACT to FILM Awards on Monday, May 18th.

REACT to FILM is offering GofG readers an exclusive $150 discount! Get tickets HERE!

Join 300 of New York's most influential innovators in film, media, fashion, and business for this exclusive fundraiser. The night's honorees include Oscar nominated and winning documentary filmmakers like Louie Psihoyos (The Cove, Racing Extinction) and Orlando von Einsiedel (Virunga) as well as director Jennifer Siebel Newsom (Miss Representation, The Mask You Live In) for their strides in creating global change. Don't miss the chance to celebrate for a cause! 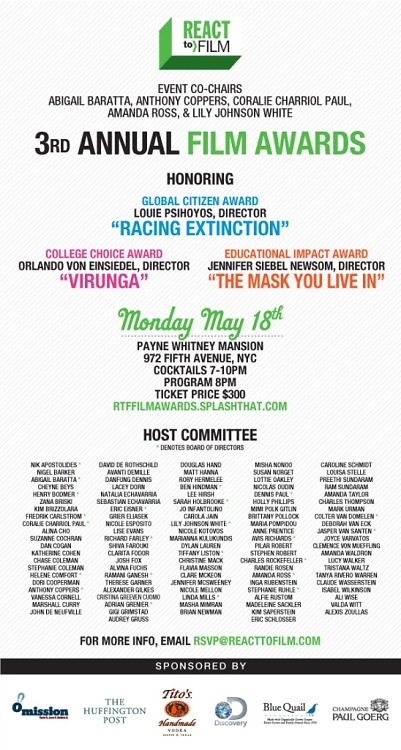