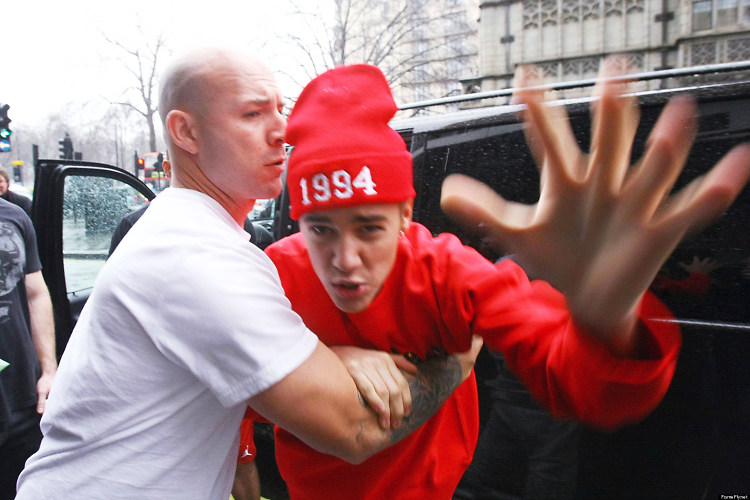 First on our list is the teen heartthrob who seems to make a TMZ appearance every day.  Most recently, the Home Owner's Association of Calabasas sent a letter to its residents acknowledging an "unnamed celebrity" (aka the Biebs) recently disturbing the area, and urging them to call the police for even the smallest disruption or dangerous driving on his part.  The letter is was most likely fueled by athlete Keyshawn Johnson after he confronted Bieber on his dangerous driving and received a not so polite response from the singer. [TMZ] Not surprisingly, Bieber made the news again after he was placed on a no fly list for life at Las Vegas Indoor Skydiving.  After showing up at closing time, the staff agreed to let Bieber try out the facilities.  At the end of the session they agreed Bieber would not have to pay the $1,600 fee if he posted a picture of his experience on Instagram.  The singer agreed but then never posted the picture, and one witness claims Bieber even faked taking it to begin with. [Perez] For the trifecta, rumors surfaced that Bieber's rep, Scooter Braun wanted to check the singer into rehab.  Braun now denies the rumors and to deflect suspicion, Bieber has started to upload videos to Instagram in order to deflect attention.  However, numerous people agree that the teen sensation seems anything but sober in the short clips.  You can decide for yourself here. [Photo via]
1 of 9