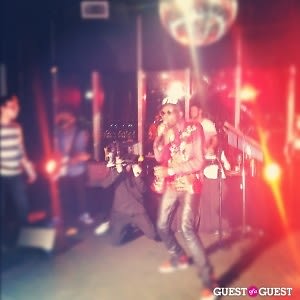 Last night Theophilus London performed his latest tracks (including a remix with Kavinsky) at Le Bain. The show was an exclusive party/commercial shoot for Bing, and had a tight knit crowd of about 65 partiers. Free drinks were served as guests and fans rocked out, and TL hung out with friends, even bringing a few on stage to freestyle alongside him. The performer, donned in a sparkly red shirt and leather pants, asked GofG's editors to join him on stage, but being the *bashful* girls we are, we declined. However, the girl standing in front of us had no problem throwing $20 bills (and her assets, if you know what I mean) at the rapper until she finally got her chance in the spotlight. After a break and a hotel room party, TL DJed later in the night at Le Bain. According to TL, the commercial will premiere during the Grammys. Check out more photos after the jump!

We are shooting a commercial for BING which will air during the Grammies !!!! Swag me out 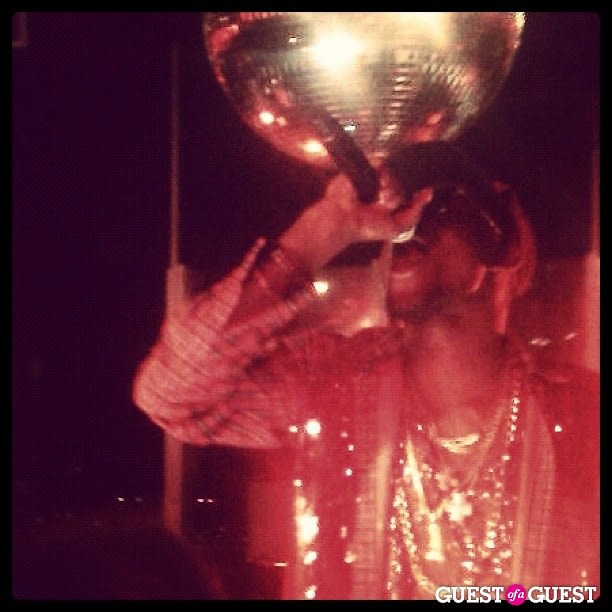 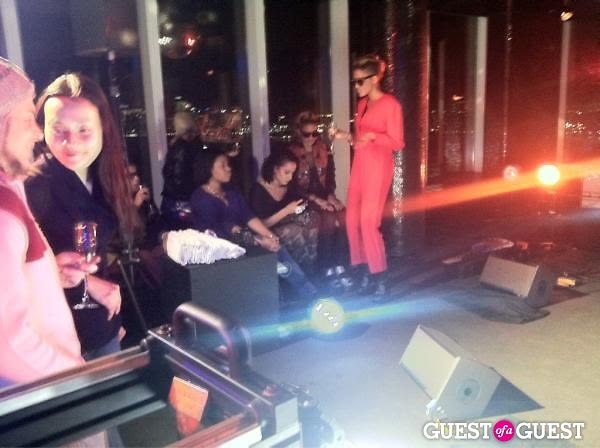 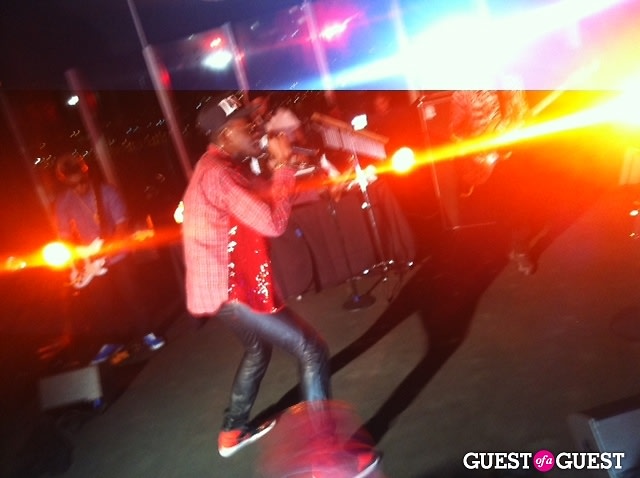