Jack Osbourne hoped to "set the record straight, on who Ozzy Osbourne really is," in his documentary "God Bless Ozzy Osbourne." The film premiered at the Tribeca Film Festival on Sunday and is stirring positive buzz. This morning Ozzy, Jack, directors Mike Fleiss and Mike Piscitelli sat down with Ben Lyons to discuss the film. 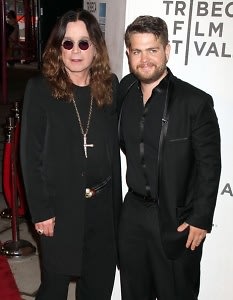 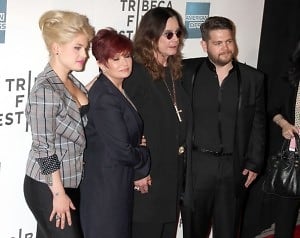 The film is a no holds barred look into the life of living legend John (Ozzy) Osbourne. From his war-torn working class family in England to the fight for sobriety, nothing is off limits or sugar-coated in this documentary. We hear it all from the beginning of Black Sabbath to the physical abuse he inflicted on wife Sharron in his darkest days. As a viewer you are thrown into a journey that explores Ozzy's fight with addiction, strained relationships with his children and most importantly the passion for music that got him to where he is today. 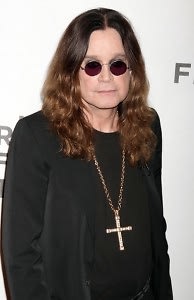 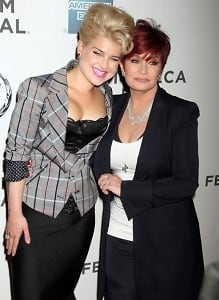 During the press conference for the film (hosted by E!'s Ben Lyons) Ozzy spoke just as honestly. When asked if there was anything that he didn't feel comfortable answering he said, inbetween mumbles and laughter:

"Not really.  All of us in this room have skeletons in the closet, we have all done something that made us say 'Shit did I do that?' almost every now and again. That's what life's all about. When I shit my pants, (mumbles/laughter) there are things you're not really interested in.. walking around when you've had too much to drink and your defecating your pants (mumbles).. but no there is nothing..if you're not open somebody is going to go 'Ah I know something about him'. When people say 'Did you do that?' I go, yeah!"

Ok, then. He continued:

"I cant change the past, but I can try to make better of the future for me".

Ozzy views his legacy as his "survival", acknowledging how he " is lucky to be alive and still playing music".He is far more than the crazy rocker who bit the head off a bat (something he does not want mentioned on his tomb stone). At sixty years old he is still playing sold out world tours, and has kids in their teen's purchasing tickets. This documentary is honest, its raw and in turn it is a breath of fresh air in a world that is continually covering up the not so glamorous side of fame.