The 10th annual Tribeca Film Festival, with founding sponsor American Express, kicked off last night!  It's the perfect time for celeb spotting and of course, partying. We've put together an end-all-be-all list of the hottest after parties and events. Take a look! 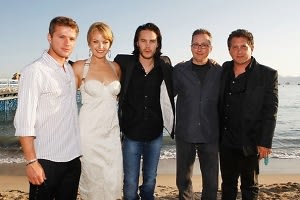 Lotus Eaters, a film about the luxurious yet self-destructive social lives of London's elite will house its afterparty at Liberty Hall. The film's cast members Amber Anderson, Antonia Campbell-Hughes, Cynthia Fortune Ryan, Daisy Lewis, Jay Choi, Katrena Rochell are set to attend, along with the director of the film, Alexandra McGuiness. Glenn Close is also expected.

The Trip premiere at The Chelsea Room. Thursday, April 21st.

Presented by Heineken, the event will take place at the cozy and subterranean Chelsea Room. The comedic film features London comedians Rob Brydon and Steve Coogan. 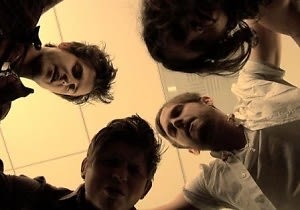 Also presented by Heineken, this event taking place at  Marquee. The films subjects Kings of Leon will be in attendance, along with the film's director Stephen C. Mitchell and producer Casey McGrath.

Presented by Jet Blue and Time Warner Cable, the film features 20-member Haitian band Septentrional. Featuring the band's music as a background, the documentary focuses on the country's independence from French colonialism to 2010's devastating earthquake. 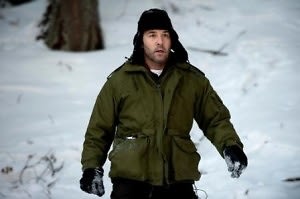 Presented by Time Warner Cable, the sports film highlights and explores the psychology of die-hard sports fans and the hysteria that turned Steve Bartman into the most hated man in Chicago. In attendance, Amir Bar-Lev, Nicole Lapin, Annie Sundberg and the film's director Alex Gibney.

The film features an endearing and genius "petri-dish" child on a quest to find his biological father, to the dismay of his single mother. The film's cast, expected to be in attendance are Jason Spevack, Samantha Weinstein, Frank Moore, Danny Moder and Mark and Mickey MacDonald. Also in attendance, actress and the film's producer Julia Roberts and director, Dennis Lee. Event presented by Stolichnaya Vodka.

Presented by Jet Blue and Time Warner Cable, this family-fun film closes out the 3rd night in the Drive-in Series.

Soho's Anchor Bar will house the whole Osbourne family for a night. Celebrating the film's subject, Ozzy, Sharon, Kelly, Aimee Osbourne will be in attendance. As well as the film's producer, Jack Osbourne and directors Mike Fleiss and Mike Piscitelli. Event sponsored by American Express.

Last year's Chanel Artist Dinner was packed with stars, actors, socialites, entertainment and fashion figures. Each year, a group of acclaimed artists contribute special pieces for the Festival. They are exhibited before serving as awards for 10 winning filmmakers. Take a look at last year's event to get a feel.

The film's cast members Eva Mendes and Griffin Dunne should be in attendence, along with director Massy Tadjedin. Event held at Chelsea hotspot Avenue and sponsored by American Express. 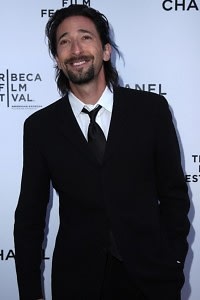 Hosted by 675 Bar, the film about a stoic substitute teacher plaqued with struggles at a failing school within a failing school system. Guest should expect to see Adrien Brody, Blythe Danner and the film's director Tony Kaye in attendance.

L'Amour Fou, a film about great fashion legend Yves Saint Laurent and Pierre Bergé. The documentary features Bergé's difficult decision to sell off their immense collection of precious art and more told by Yves' partner in fashion, business and life. Sponsored by Persol.

Presented by BING, this year's Shorts Filmmaker Party takes place at Chelsea's Avenue. Rachel Bilson and Karl Lagerfeld are amonst the list of TFF Shorts producers and are scheduled to attend. Tunes will be spinning courtesy of Samantha Ronson.

Everything Must Go premiere afterparty at Macao. Wednesday, April 27th.

Presented by American Express, the film tells the tale of Nicolas Halsey, who, after losing his job and his wife in the same day, moves all his possessions and himself, to his front yard. The film's star, Will Ferrell and director Dan Rush should be in attendance at Macao.

Presented by American Express, the event should bring out the film's stars Abigail Breslin and Alessandro Nivola. Breslin and Nivola are also scheduled for a special performance.

Presented by Heineken, the film about a newly wedded couple whose honeymoon period is suspended by the arrival of the husband's wild-child baby sister and the crumbling marriage of the wife's meddlesome sister. This event is scheduled to take place at Tribeca hot-spot M1-5. 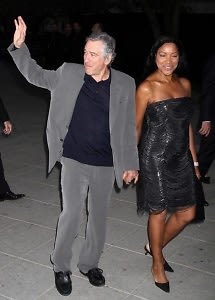 Sponsored by Heineken, this year's wrap party brings the 10th annual TFF to a grand close at Eyebeam.

Please note that all events and parties are RSVP only.

Be sure to follow us on Twitter @guestofaguest, our winner of the American Express passes to TFF @weetimothy, and our own @MaraSiegler.