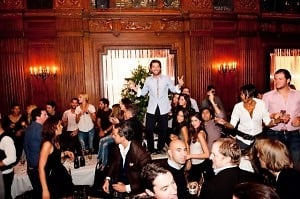 We have been watching, with growing concern, the recent developments at The Plaza Hotel. This storied New York monument has served as the setting for The Great Gatsby, North by Northwest, and, perhaps most importantly, Home Alone 2. And with recent news that The Situation will be opening a gym there, we're a little afraid our favorite New York landmark is going to the dogs...-

We think it's sort of cool that the Day & Night brunches are turning The Oak Room into a hip spot. We'd think it would be even cooler if the rest of The Plaza were still the elegant meeting location of yore. If the Palm Court was still serving high tea, and Oak Bar was still a hot place to meet for drinks (and not just for nostalgic kicks), then the wild brunches would seem like a fun, unexpected quirk.

The Plaza has had all kinds of financial problems over the years, facing bankruptcy for nearly two decades. The new owners are obviously pulling out all the stops, undergoing a major facelift for the hotel in hopes of giving it a much-needed boost of revenue. These drastic steps may very well be necessary to keep it afloat.

But if you look at the parties as part of a longer, (downward) trajectory, it's a little bit...depressing?

The Plaza Hotel: A Timeline

1925: In The Great Gatsby, Nick Carraway and Jordan Baker have a conversation in the tea garden.

1955: Eloise at The Plaza, by Kay Thompson is published.

1959: Cary Grant goes to The Oak Room in a scene of Alfred Hitchcock's North By Northwest

February 1964: The Beatles play here on their first American tour.

1966: Truman Capote hosts his "Black And White Ball", in honor of Katherine Graham.

1978: The hotel is designated a Historic Landmark

1988: Donald Trump purchased the Plaza, telling the New York Times: "For the first time in my life, I have knowingly made a deal that was not economic — for I can never justify the price I paid, no matter how successful the Plaza becomes." Yeahhh.....

1992: The Plaza for Home Alone 2: Lost In New York. Kevin McCallister checks in to the Plaza using his dad's credit card. For years, I fantasized that this was actually a plausible scenario.

2005: The Plaza closes temporarily for "renovations", but not before Sarah Jessica Parker throws one last "farewell" party there, (coinciding with her 40th birthday.)

2009: The famous Palm Court closes when it fails it's health inspection

2010: In the tradition of Midwestern malls everywhere, The Plaza opens a Food Court. 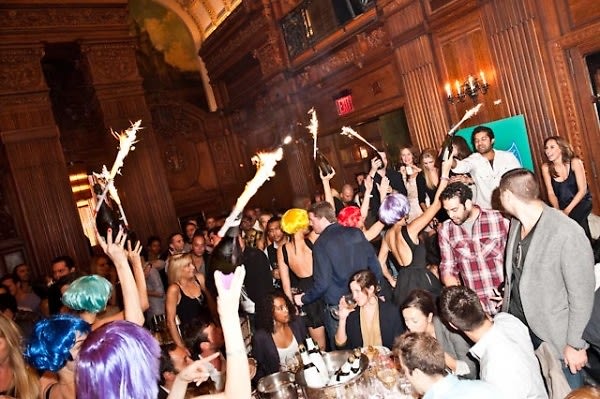