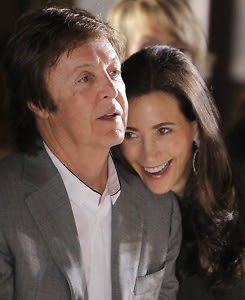 Paul McCartney has been dealt a hard card when it comes to love, first with the passing of his wife Linda Eastman, and the public debacle that became his second marriage to Heather Mills. He just proposed to New Jersey socialite Nancy Shevall, whom he met 20 years ago in the Hamptons and has been dating for four years. Aside from hailing from the Garden State, what else do we know about her?

She met Paul 20 years ago in the Hamptons through the local social scene. They were both happily married at the time and did not start dating until one year after Paul's divorce from Heather Mills.

She is Barbara Walters' cousin.

She doesn't need Paul's money. She is the Vice President of her family's business New England Motor Freight, Inc., and the Shevell Group of Companies. 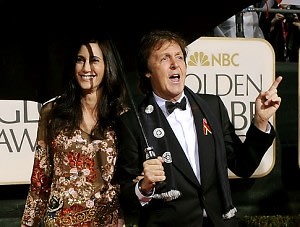 She's a board member of the MTA.

She was married for over 20 years to Bruce Blakeman. They have a son, Arlen, together.

She converted to vegetarianism for Paul and forsook her Republican views.

Both of her legs are real.

Paul proposed with a vintage 1925 Cartier engagement solitaire diamond from Tate Galleries worth an estimated $650,000 after a meal of pumpkin ravioli, prepared by Nancy at his NYC apartment.

Nancy has signed a simple one-page document, saying that in the event that the new marriage fails she won’t make a claim on the trust funds of any of his children.

Paul and Nancy will wed in a small, intimate ceremony in her backyard in the Hamptons.

Nancy told Cindy Adams: "I'd love to live here but it's probably England." He has a home in London and a farm in the middle of a tribe of sheep someplace. Added the New Yorker VP of her dad's transportation conglomerate: "I still have a job here so I'll commute once a month."

Perhaps most important, Paul's daughter likes her. After years of dissing Heather Mills, Stella McCartney seems to actually be happy for her dad, telling PEOPLE that "she's thrilled for her father." 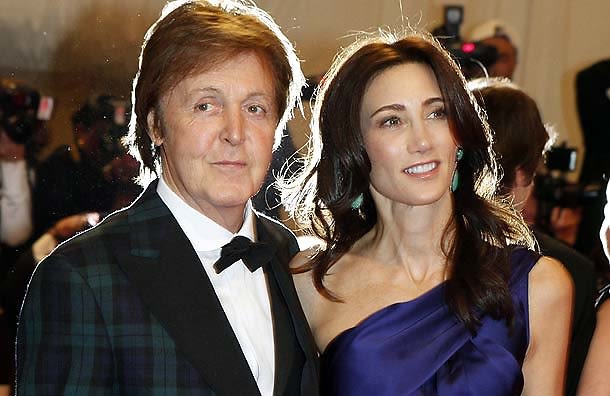 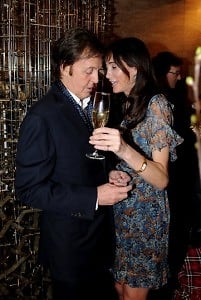 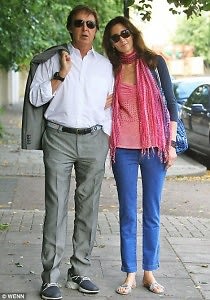 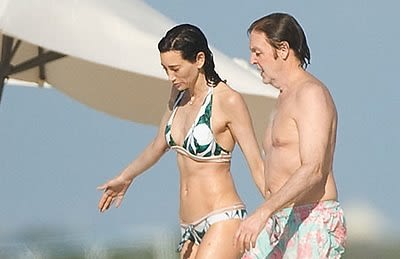