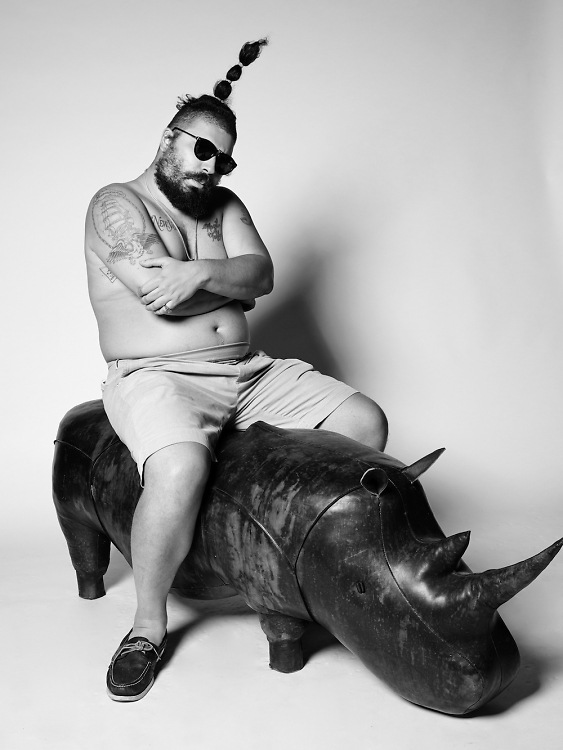 The Instagram sensation - also known as Josh Ostrovsky - has over a half million followers and is penning a pilot for Comedy Central about (what else?) how he became The Fat Jew.

[Shirt by For All To Envy, shorts by Polo, "dirty dad briefs," shoes by Sperry, Kara Walker sunglasses]

"You can't get an STD if you never get tested." 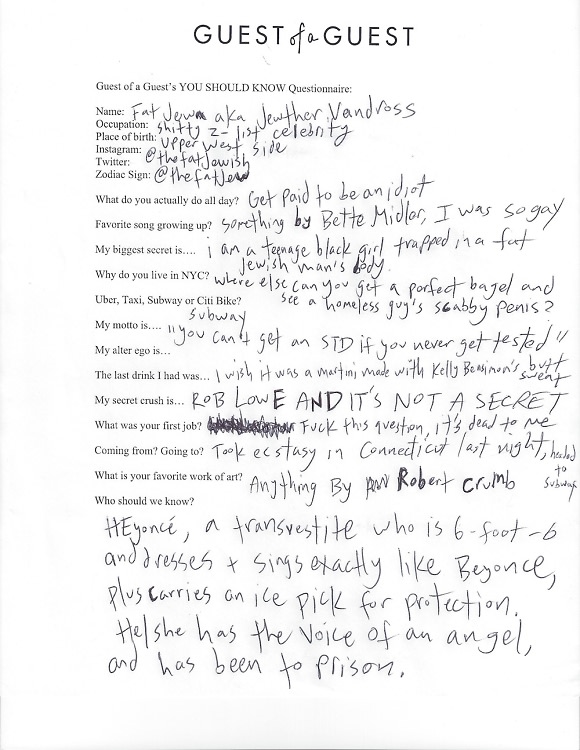 What do you actually do all day? Get paid to be an idiot.

Favorite song growing up? Something by Bette Midler, I was so gay.

My biggest secret is... I am a teenage black girl trapped in a fat Jewish man's body.

Why do you live in NYC? Where else can you get a perfect bagel and see a homeless guy's scabby penis?

My motto is..."You can't get an STD if you never get tested."

The last drink I had was... I wish it was a martini made with Kelly Bensimon's butt sweat.

My secret crush is... ROB LOWE AND IT'S NOT A SECRET.

What was your first job? Fuck this question, it's dead to me.

Coming from? Going to? Took ecstasy in Connecticut last night, headed to Subway.

What is your favorite work of art? Anything by Robert Crumb.

Who should we know? HEyonce, a transvestite who is 6-foot-6 and dresses and sings exactly like Beyonce, plus carries an ice pick for protection. He/she has the voice of an angel, and has been to prison.