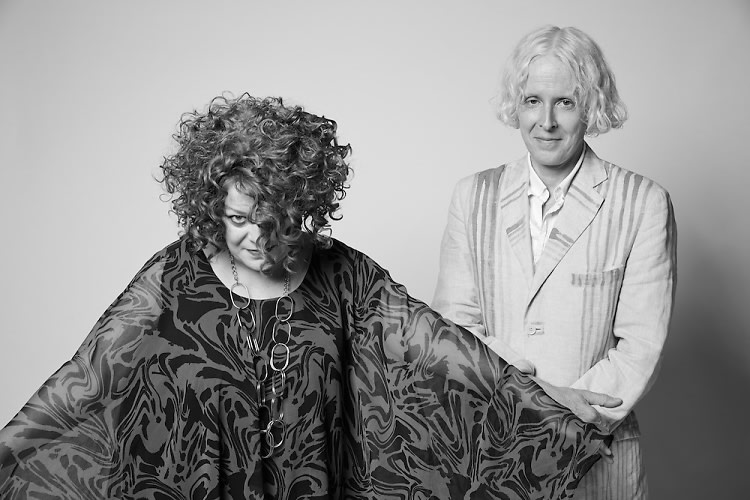 Singer Angela McCluskey's large body of work includes her record, Lambath Palace, as well as Fruit of Life (1993) and This Can’t Be Life (1996). McCluskey also sang in the band Wild Colonials, which her husband, Paul Cantelon, formed. Similarly, Paul is a talented music composer whose work recently landed him in films including Woody Allen: A Documentary (2012). Now, the couple will perform in New York City at Rockwood Music Hall on September 22 at 9:30 p.m, and tickets are available HERE. 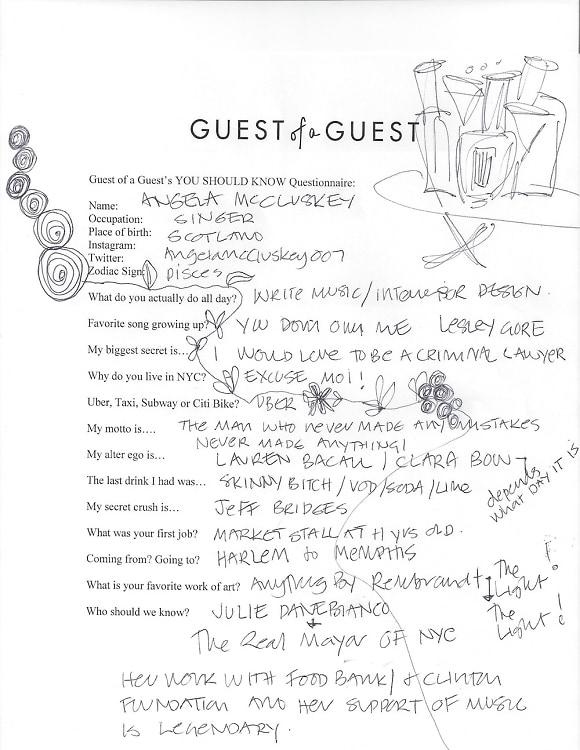 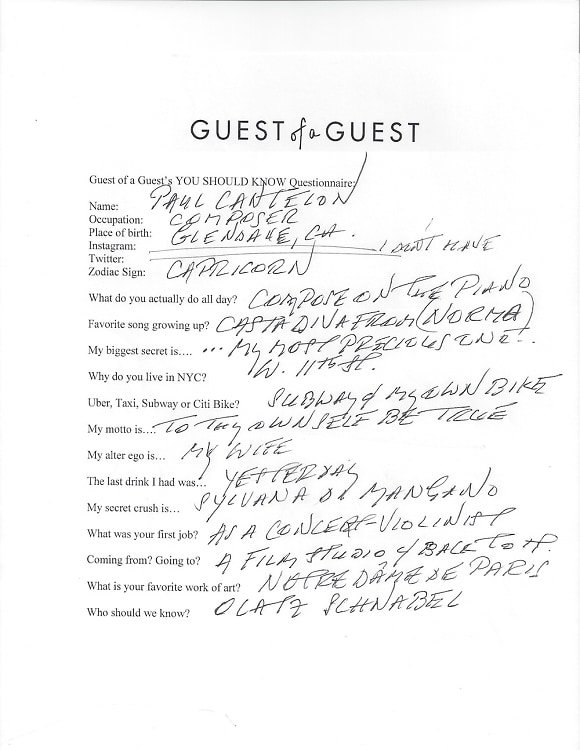 What do you actually do all day? Write music/interior design.

Favorite song growing up? "You Don't Own Me," Lesley Gore.

My biggest secret is... I would love to be a criminal lawyer.

Why do you live in NYC? Excuse moi!

My alter ego is... Lauren Bacall/ Clara Bow. Depends what day it is.

The last drink I had was... Skinny Bitch-Vod/Soda/Lime

My secret crush is... Jeff Bridges.

What was your first job? Market stall at 11 years old.

Coming from? Going to? Harlem to Memphis.

What is your favorite work of art? Anything by Rembrandt. The Light! The Light!

Who should we know? Julie Bianco - The Real Mayor of NYC. Her work with Food Bank and Clinton Foundation and her support of music is legendary.

What do you actually do all day? Compose on the piano.

My biggest secret is... My most precious one.

Uber, Taxi, Subway, or Citi Bike? Subway and my own bike.

The last drink I had was... Yesterday.

My secret crush is... Silvana Mangano.

What was your first job? As a concert violinist.

Coming from? Going to? A film studio/ back to it.

What is your favorite work of art? Notre Dame de Paris.

Who should we know? Olatz Schnabel