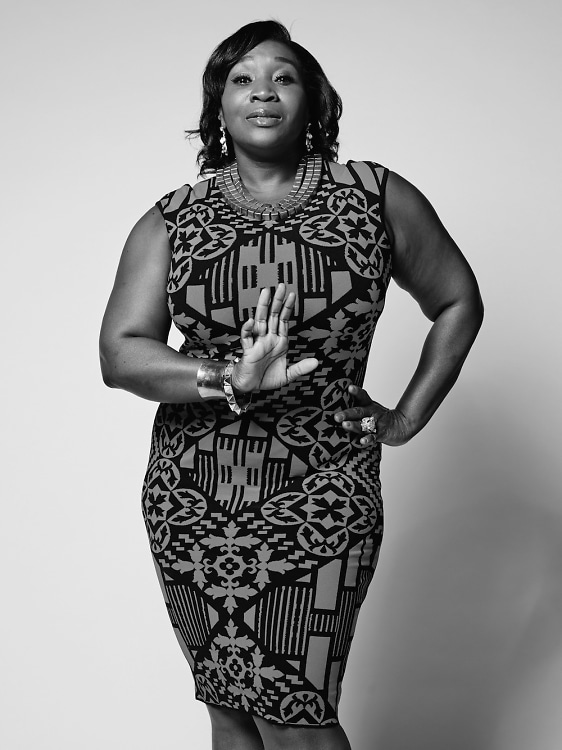 "Boobs by God and the occasional French fry." 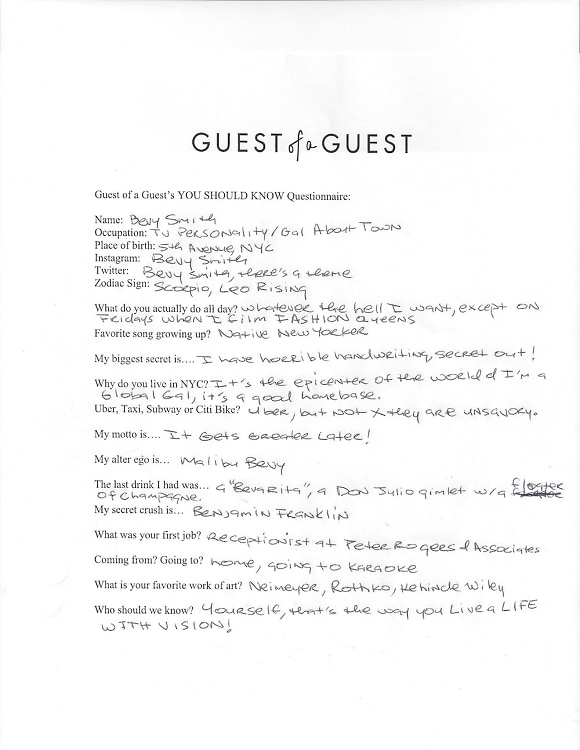 What do you actually do all day? Whatever the hell I want, except on Fridays when I film Fashion Queens.

My biggest secret is... I have horrible handwriting, secret out!

Why do you live in NYC? It's the epicenter of the world. I'm a Global Gal, it's a good home base.

Uber, Taxi, Subway, or Citi Bike? Uber, but NOT X. They are unsavory.

My motto is... It gets greater later!

My alter ego is... Malibu Bevy.

The last drink I had was... a "Bevarita," a Don Julio gimlet with a floater of champagne.

My secret crush is... Benjamin Franklin.

What was your first job? Receptionist at Peter Rogers & Associates.

Coming from? Going to? Home, going to karaoke.

What is your favorite work of art? Neimeyer, Rothko, Kehinde Wiley

Who should we know? Yourself, that's the way you live a LIFE with VISION!