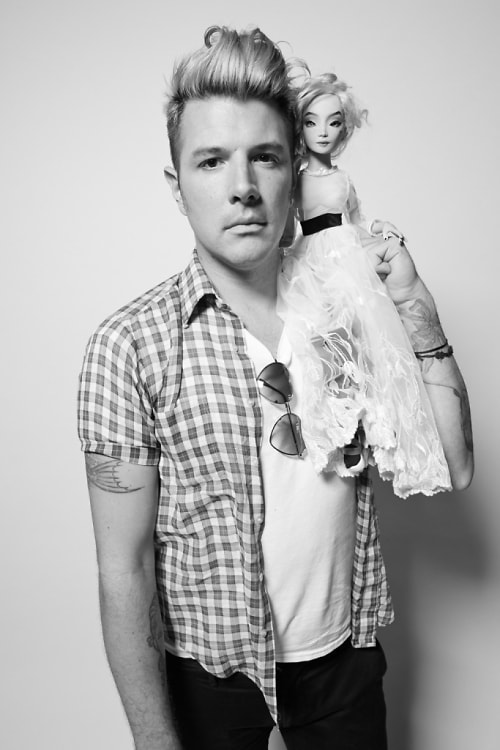 Joshua David McKenney is an artist and doll-maker living in New York City. Joshua's talent for illustration has allowed him to work with some of fashion's biggest names, brands, and publications, including Mariah Carey (who hired David to work on her Elizabeth Arden fragrances as well as her holiday cards), as well as Dolce and Gabbana, Harper Collins, Scholastic Books, Linda Farrow, Maybelline, MAC Cosmetics, Dita Von Teese, Taylor Swift Wonderstruck, Seventeen Magazine, and Nylon Magazine. Joshua's work progressed to the third dimension, as he took on doll making (perhaps that's why his alter ego is a 23" fashion doll!) and fashioned the Pidgin Doll, the "World's most glamorous doll."  Joshua's unique, intricate, and talented work is more than enough reason to know him. 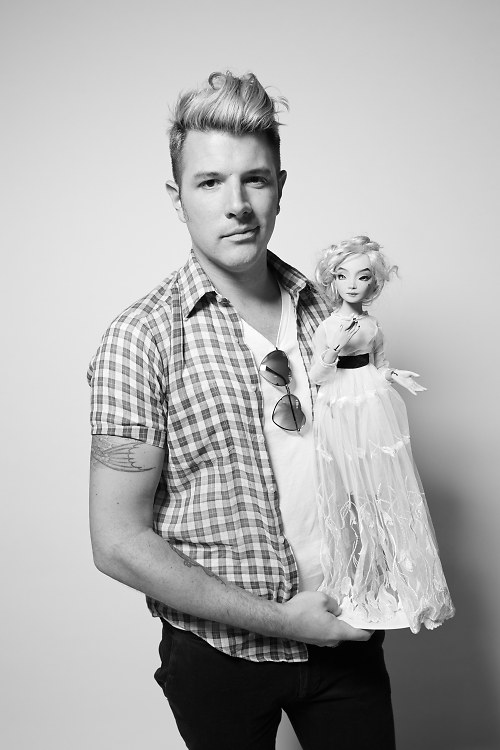 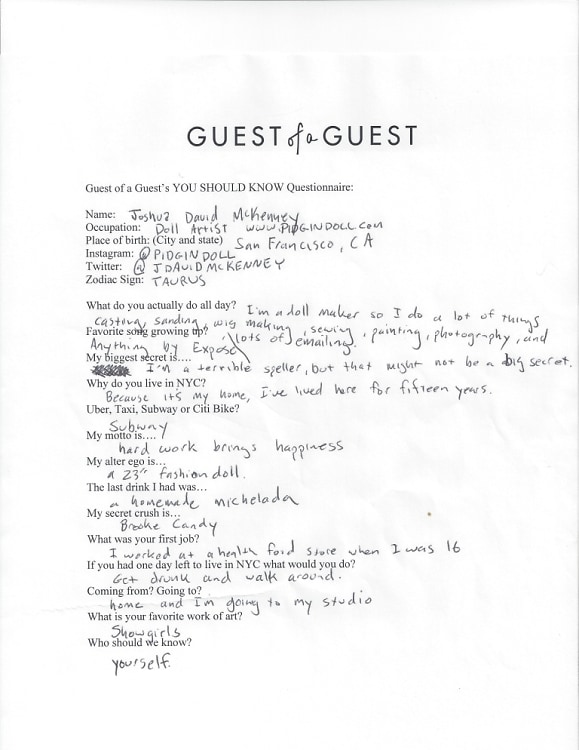 What do you actually do all day? I'm a doll maker so I do a lot of things. Casting, sanding, wig making, sewing, painting, photography and lots of emailing.

Favorite song growing up? Anything by Exposé.

My biggest secret is... I'm a terrible speller, but that might not be a big secret.

Why do you live in NYC? Because it's my home, I've lived here for fifteen years.

The last drink I had was... A homemade michelada.

My secret crush is... Brooke Candy.

What was your first job? I worked at a health food store when I was 16.

If you had one day left to live in NYC what would you do? Get drunk and walk around.

Coming from? Going to? Home, going to my studio.

What is your favorite work of art? Showgirls.

Who should we know? Yourself.