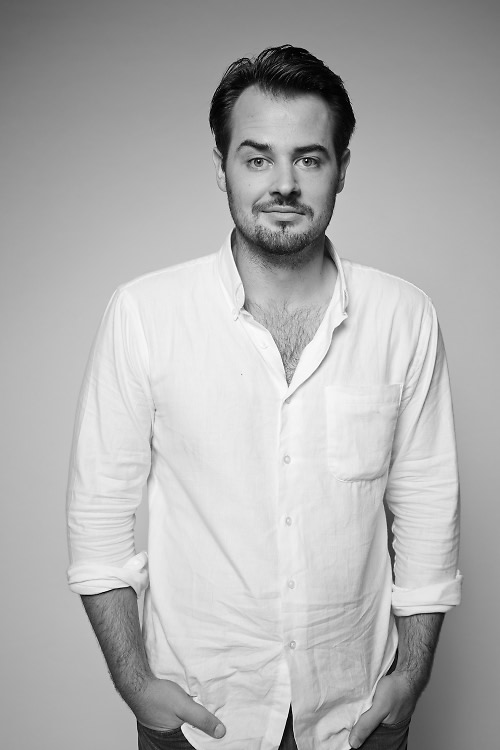 Jack Bryan is a talented filmmaker who's latest film, The Living, is about to appear in The Austin Film Festival and The Tallgrass Film Festival in October. Hailing from the UES, this now Williamsburg resident was previously known for his 2008 documentary, Life After Dark: The Story of Siberia Bar. We've been onto Jack's stylish ways for some time, but last week, the The New York Times featured Jack and his work in the Thursday Styles Section. According to the article, Jack just finished the script for his next movie, Private Kingdom, so be sure to keep your eyes peeled for its debut. 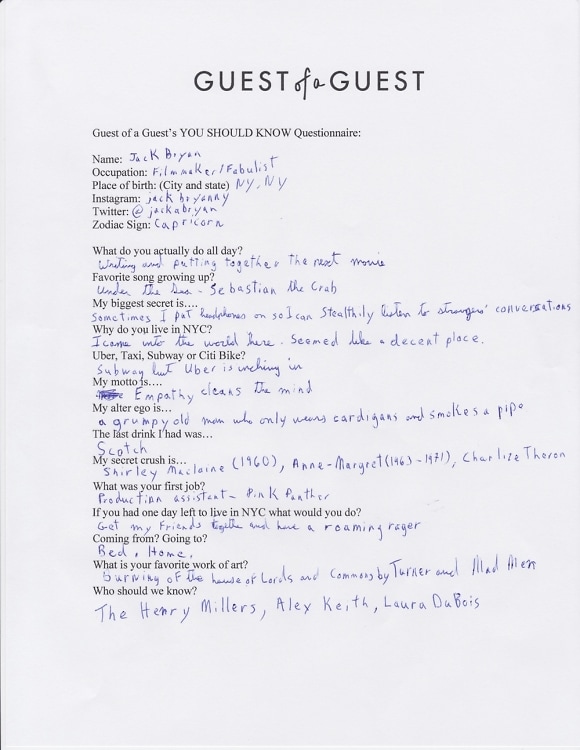 What do you actually do all day? Writing and putting together the next movie.

Favorite song growing up? "Under the Sea," Sebastian the crab.

My biggest secret is... Sometimes I put headphones on so I can stealthily listen to strangers' conversations.

Why do you live in NYC? I came into the world here. Seemed like a decent place.

Uber, Taxi, Subway, or Citi Bike? Subway but Uber is inching in.

My motto is... Empathy cleans the mind.

My alter ego is... A grumpy old man who only wears cardigans and smokes a pipe.

The last drink I had was... Scotch.

What was your first job? Production assistant - Pink Panther

If you had one day left to live in NYC what would you do? Get my friends together and have a roaming rager.

Coming from? Going to? Bed, home.

What is your favorite work of art? Burning of the House of Lords and Commons by Turner and Mad Men

Who should we know? The Henry Millers, Alex Keith, Laura DuBois