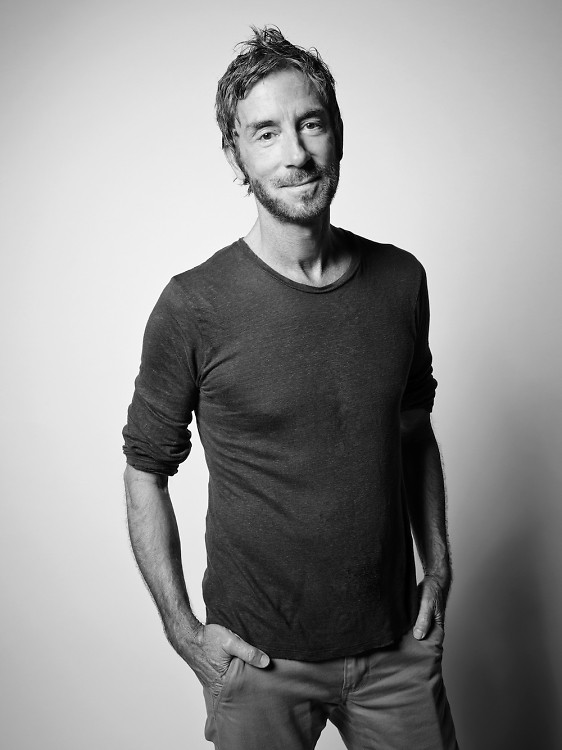 [Pants by Levis, shirt by Sandro, shoes by Puma]

"Bad times will get better eventually." 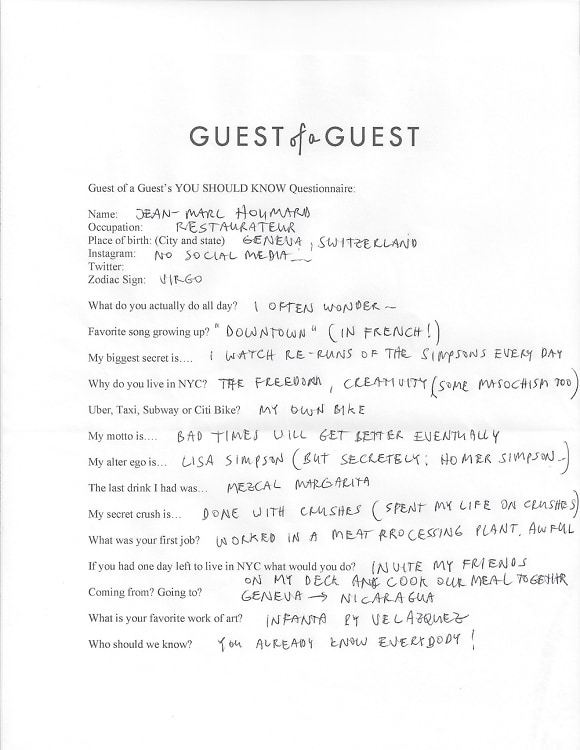 What do you actually do all day? I often wonder...

My biggest secret is... I watch re-runs of The Simpsons every day.

Why do you live in NYC? The freedom, creativity (some masochism too).

Uber, Taxi, Subway, or Citi Bike? My own bike.

My motto is... Bad times will get better eventually.

My alter ego is... Lisa Simpson (but secretly, Homer Simpson...)

The last drink I had was...Mezcal Margarita

My secret crush is... Done with crushes (spent my life on crushes.)

What was your first job? Worked in a meat processing plant. Awful.

If you had one day left in NYC what would you do? Invite my friends on my deck and cook our meal together.

Coming from? Going to? Geneva-Nicaragua

What is your favorite work of art? Infanta by Velazquez

Who should we know? You already know everybody!