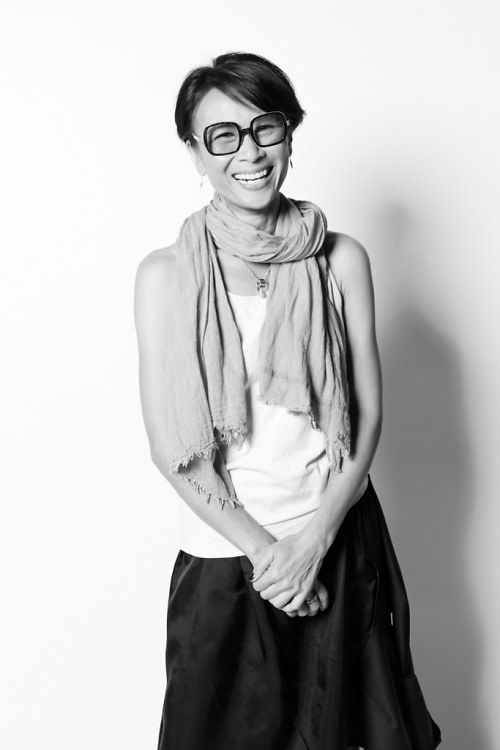 Judi Wong is a restaurateur originally from Vancouver, Canada and now living and working in New York City. In October of 2006, Judi and her partners Lynn Wagenknecht and Steven Abramowitz, opened Cafe Cluny, where eventually Chef Phillip Kirschen-Clark would join the team as head chef. Since opening, the cafe has drawn great attention, having been featured on CBS as one of the "7 Best West Village Date Restaurants," as well as on Eater, Page Six, Manhattan Sideways, and Immaculate Infatuation. Cafe Cluny is a favorite lunch spot for all who are "in the know" in the West Village (including the staff of GofG!), and, it's not just because they serve up an amazing breakfast and lunch spread.  Judi's kind, warm personality and ultra-chicness radiate everything and everyone she touches. Read on for more about Judi Wong! 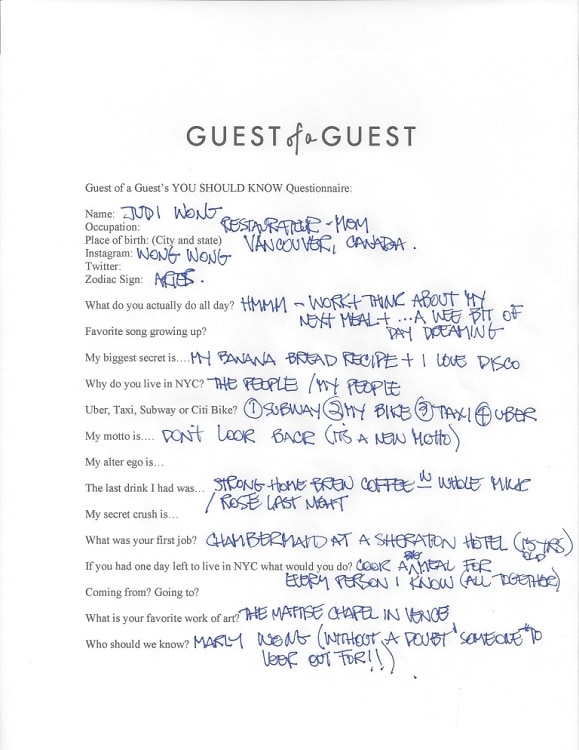 What do you actually do all day? Hmmm - work and think about my next meal, and a wee bit of daydreaming.

My biggest secret is... My banana bread recipe and I love disco.

Why do you live in NYC? The people/my people.

The last drink I had was... Strong home brew coffee with whole milk/rose last night.

What was your first job? Chambermaid at a Sheraton Hotel (15-years-old)

If you had one day left to live in NYC what would you do? Cook a big meal for every person I know (all together).

What is your favorite work of art? The Matisse Chapel in Venice

Who should we know? Marly Wong (without a doubt someone to look out for!!)