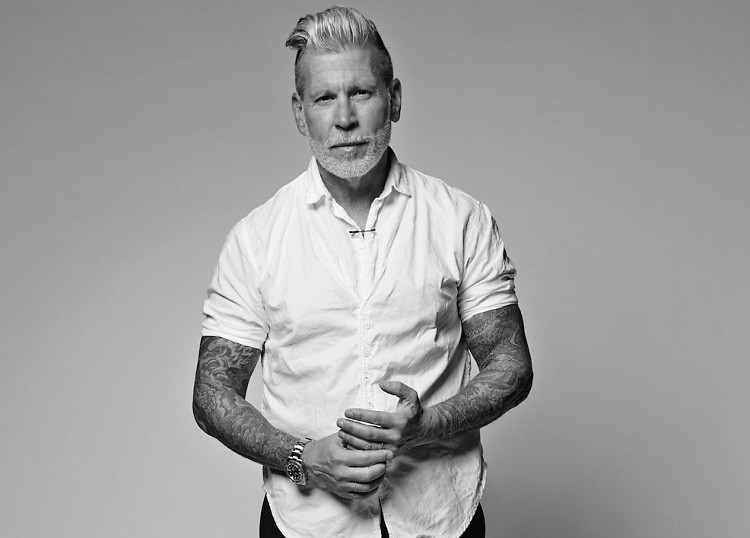 When sartorial superstar Nick Wooster strolls down the street in New York, Tokyo or Florence, shutterbugs snap his photo as if he were a matinee idol. And with classic good looks and impeccable taste, Wooster is this decade’s poster guy for menswear mavericks around the globe. 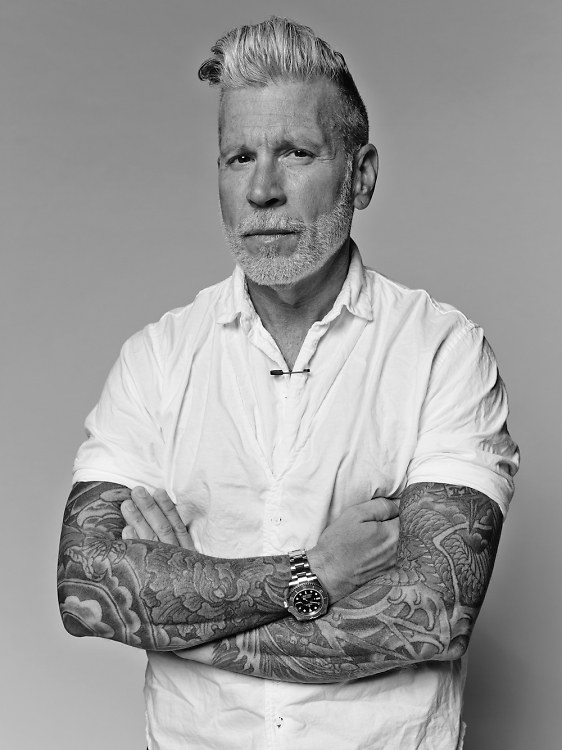 "Don't quit before the miracle." 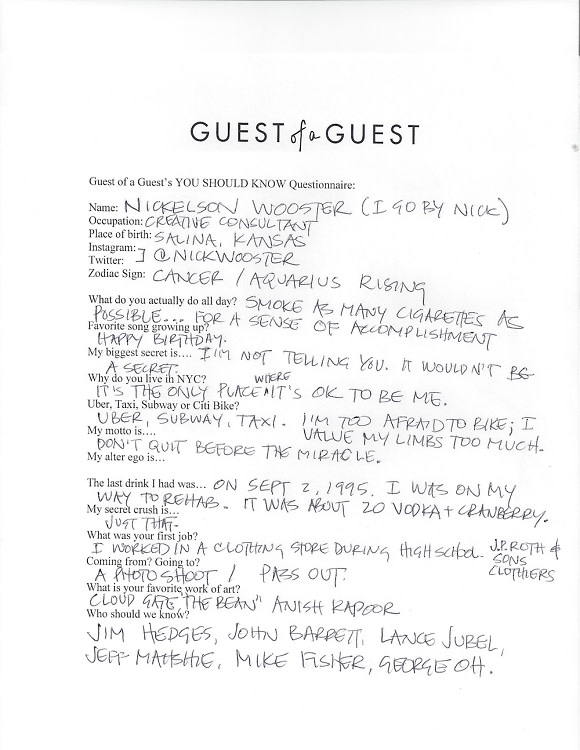 What do you actually do all day? Smoke as many cigarettes as possible…. For a sense of accomplishment.

My biggest secret is… I’m not telling you. It wouldn’t be a secret.

Why do you live in NYC? It’s the only place where it’s okay to be me.

Uber, Taxi, Subway or Citi Bike? Uber, subway, taxi. I’m too afraid to bike; I value my limbs too much.

My motto is… Don’t quit before the miracle.

My secret crush is… Just that.

What was your first job? I worked in a clothing store during high school. J.R. Roth and Sons Clothiers.

Coming from? Going to? A photo shoot / pass out.

What is your favorite work of art? Cloud Grey “The Bean” Anish Kapoor 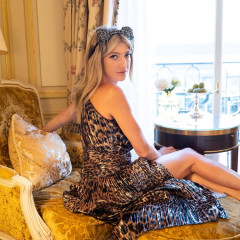