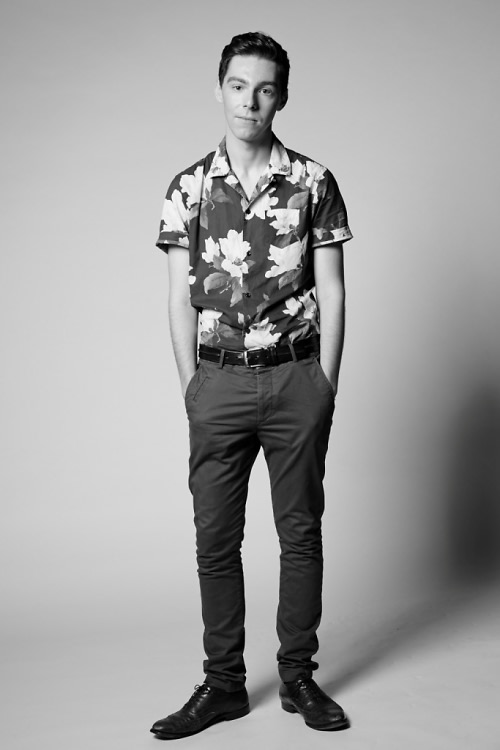 When David Urbanke was just 16-years-old, he left high school in New Jersey and headed to NYC in pursuit of his budding photography career. Shortly after, ABC News caught wind of David's talent, and he began landing major gigs for publications and clients including Ford Models, Flaunt  Magazine, Vogue.com, Bullett, Marc Jacobs Intl, Tumblr, Ones2Watch, AnOther, and more. Now, at just 20-years-old, David's captured some of today's most in-demand models in stunning, intimate works of portraiture. In addition, David works tirelessly at New York Fashion Weeks, gaining backstage access and capturing impressive runway photography for Proenza Schouler, Alexander Wang, Anna Sui, Rochambeau, Patrik Ervell, Peter Som and Marc Jacobs, among other designers. We can't get enough of David's Instagram and blog, taking us along this incredible ride (including that time he met Carine Roitfeld!) throughout NYC. We're keeping our eyes on David and you should too! 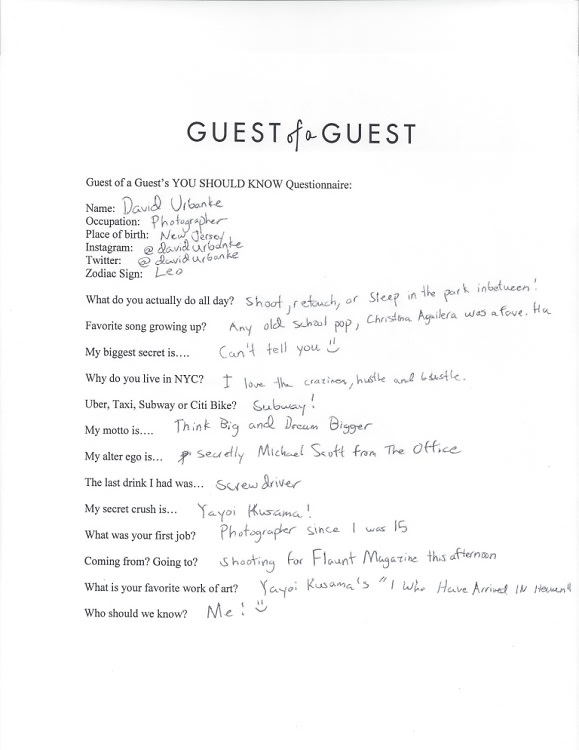 What do you actually do all day? Shoot, retouch, sleep in the park in between.

Why do you live in NYC? I love the craziness, hustle and bustle.

My motto is... Think big and dream bigger.

My alter ego is... Secretly Michael Scott from The Office.

The last drink I had was... Screwdriver.

My secret crush is... Yayoi Kusama!

What was your first job? Photographer since I was 15.

Coming from? Going to? Shooting for Flaunt Magazine this afternoon.

What is your favorite work of art? Yayoi Kusama's "I Who Have Arrived in Heaven".