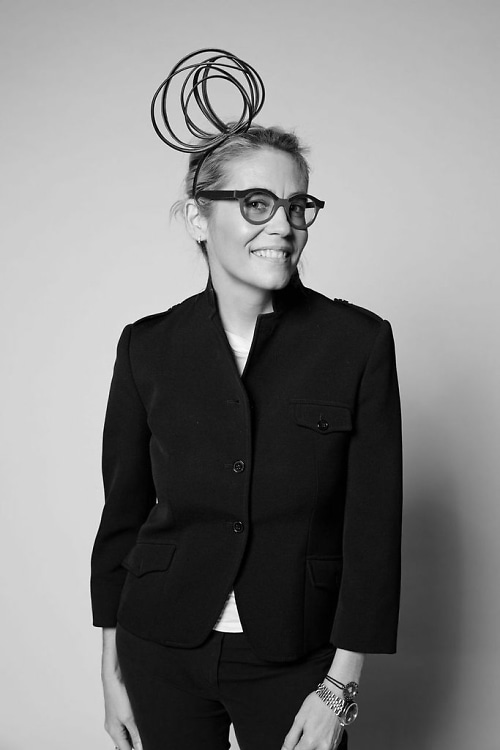 Stefania Pia's talents, encompassing the art, writing, and music industries make for one spectacular career. She is an artist, a Vogue Italia Contributor, and a popular DJ at Paul's Baby Grand. Interview Magazine profiled Stefania and her brilliantly successful work endeavors, discussing her writing, painting, and knack for storytelling. The interview quoted Stefania saying, "I think it's in my DNA...even if it's only an object, I want to preserve its memory and its identity. We can't survive without memories." In addition, Stefania recently released a new playlist for the fall and launched her own radio show, BELLA FIGLIA DELL'AMORE on KNOW-waVE radio, which can also be found on her personal SoundCloud page. She even tells us that she's started doing art direction for the new Woolrich store in SoHo, too. Stefania showed up to set sporting her signature round glasses, similarly noted in an interview on StyleLikeU, along with an infectious personality and energy. For more reasons to know Stefania, continue reading! 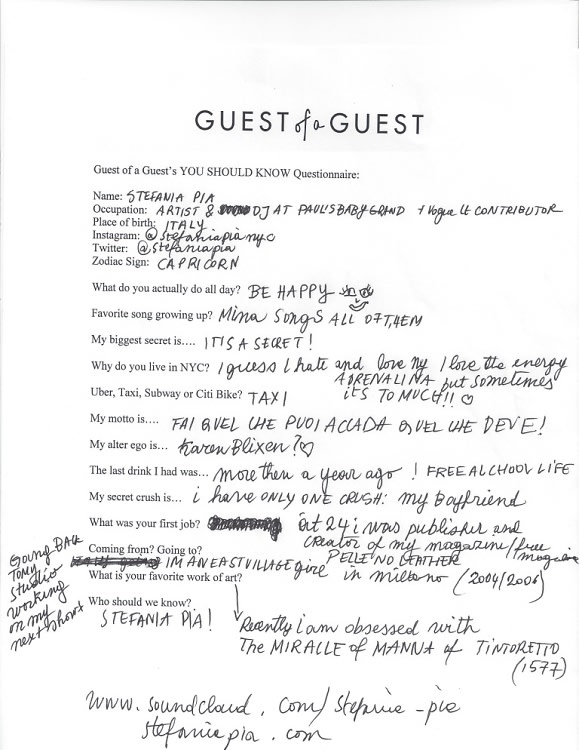 What do you actually do all day? Be happy :)

Favorite song growing up? Mina songs, all of them.

My biggest secret is... It's a secret!

Why do you live in NYC? I guess I hate and love NY. I love the energy adrenaline but sometimes it's too much!

My motto is... Fai quel che puoi accada quel che deve! (Do what you must, come what may.)

My alter ego is... Karen Blixen?

The last drink I had was... More than a year ago, alcohol free life!

My secret crush is... I only have one crush: my boyfriend.

Coming from? Going to? Going back to my studio working on my next short. I'm an East Village girl.

What is your favorite work of art? Recently I am obsessed with 'The Miracle of Manna' by Tintoretto (1577).

Who should we know? Stefania Pia!