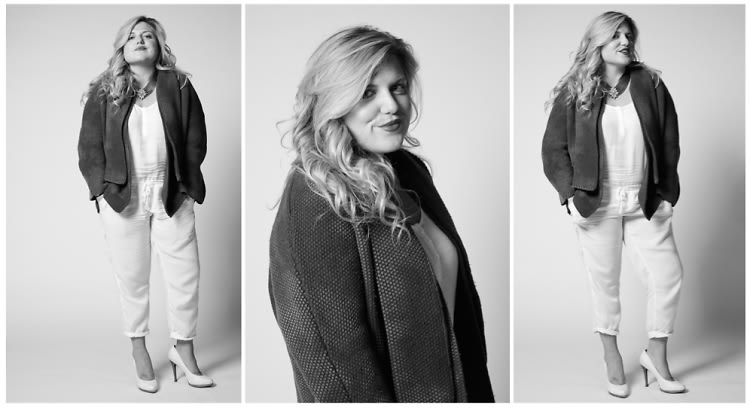 Carson Griffith the "girl writer with a boy name" has been our go-to for what's happening in NYC for years. Carson is a walking encyclopedia for who's who and what's what in the social world. And, she's not just a pretty face. At the age of 25, Carson became an editor at the New York Daily News' gossip column.  In 2013, she resigned to embark on a career of freelance writing and contributing editing: Her resume in the past year and a half includes a laundry list of bylines chronicling society and cultural trends in the The Wall Street Journal, Town & Country, The Hollywood Reporter, New York Times, GQ, Women's Wear Daily, The New York Observer, Cosmopolitan, Billboard and Elle - to name a few. Her work has been parodied on Saturday Night Live ("Giving New Meaning To 'Gin and Juice'" - New York Times), while she appeared as herself in a cameo on the last season of Gossip Girl - as what else? a real life Gossip Girl.

Fun fact: Carson, who also knows all the news you can't find online (she knew Blake Lively was pregnant weeks before it became public), got her start at Guest of a Guest Hamptons! Now, Carson tells us that she spends her days "interview[ing] interesting people, [having] lunch with even more interesting people," and writing about them. However, we think Carson is equally as interesting, and definitely someone you should know. 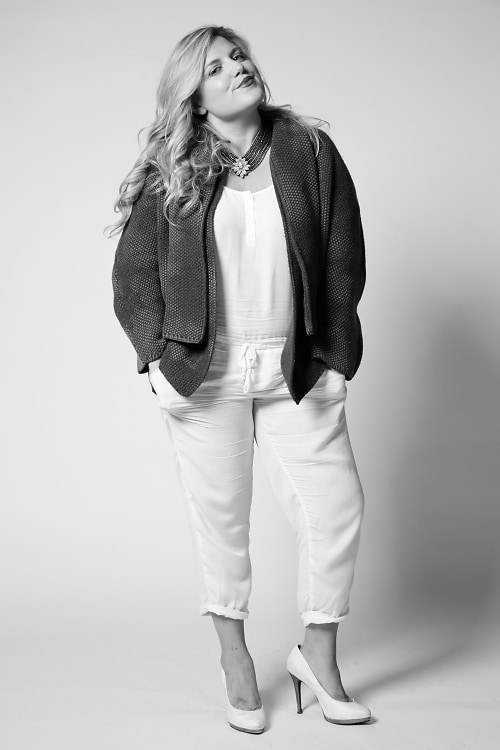 "Courage is grace under pressure." -Hemingway 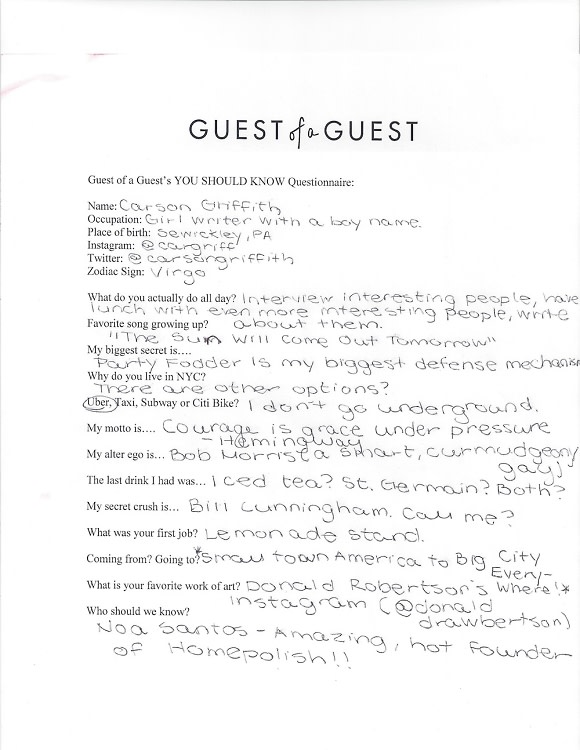 What do you actually do all day? Interview interested people, have lunch with even more interesting people, write about them.

Favorite song growing up? "The Sun Will Come Out Tomorrow"

My biggest secret is... Party Fodder is my biggest defense mechanism

Why do you live in NYC? There are other options?

My motto is... Courage is grace under pressure. -Hemingway

My alter ego is... Bob Morris (a smart, curmudgeonly gay)

My secret crush is... Bill Cunningham. Call me?

What was your first job? Lemonade stand.

What is your favorite work of art? Donald Robertson's Instagram (@donalddrawbertson)

Who should we know? Noa Santos - Amazing, hot founder of Homepolish!!