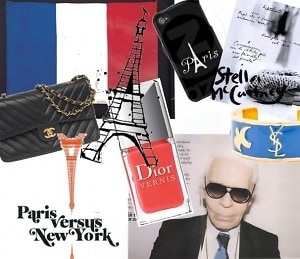 Whilst packing for Paris this season we decided we'd wing it without one necessary but admittedly not-so-chic accessory- our trusty English-to-French dictionary.  A bold move? Agreed. So for all you bloggeurs et blogueses in Paris here's a quick breakdown of need-to-know designers, places, and catch phrases. Parlez vous francais indeed. 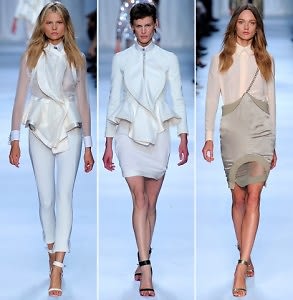 Wednesday, March 7th. 10am. Where: Invitation Only 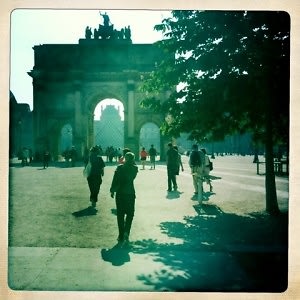 Le Meurice [maw-reese] : Just opposite the Jardin des Tuileries, the hotel is consistently the stay of choice for celebs and fashion royalty each season

Le Silencio [suh-len-see-oh]: The club designed by David Lynch opened during last September's Paris shows and is sure to be a hot spot this season as well.

La Fidelite [fee-del-ee-tay]: The brasserie near Montmartre may not be in the most convenient of arrondissements but the food is good and if you're lucky you'll sneak into one of the private parties in the basement

Le Baron [beh-ron]: Fashion week or not, the original outpost of André Saraiva's string of clubs is always the place to be.

Arrondissement [ah-rawn-deese-mon]- Paris is divided into 20 districts. Having your district number handy will save you from headache with your cabbie

Café au lait [o-lay] - coffee with milk (for the early morning, after that really long night)