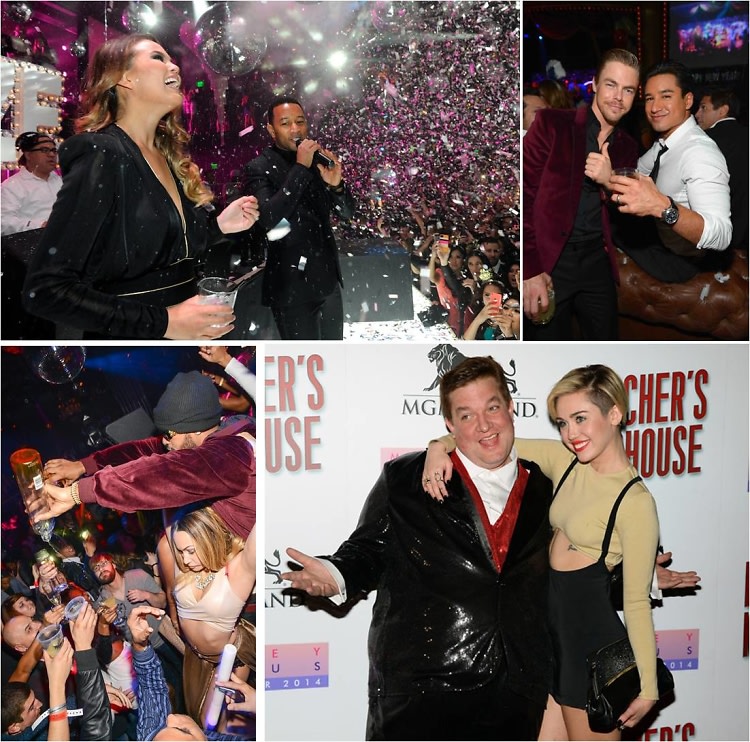 While New Yorkers certainly know a thing or two about how to celebrate New Year's Eve, Las Vegas is also one of those epic cities that always rings in the new year right. And, as expected, 2014 was no exception for sin city. On Tuesday night, John Legend and Chrissy Teigen celebrated New Year's Eve at HAZE Nightclub, Rick Ross & Imagine Dragons rang in 2014 at Hard Rock Hotel & Casino, Katy Perry & Miley Cyrus showed up for the opening of "Britney: Piece of Me" at Planet Hollywood, and so much more! More>>