Time held its Most Influential People In The World Gala where Blake Lively debuted new ginger locks, Sean Penn celebrated at Tenjune, Donald Trump and the "Celebrity Apprentice" cast made an appearance, Catherine Malandrino launched her new line,  Julia Restoin Roitfeld came out for YSL, and big hearted New Yorkers came out for their charity of choice. Take a look at what happened last night!

TIME 100 GALA: TIME'S 100 MOST INFLUENTIAL PEOPLE IN THE WORLD 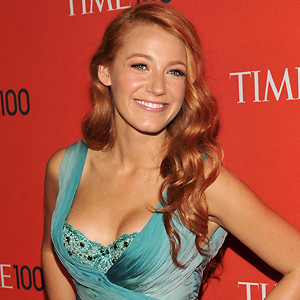 Other Details: William and Kate, Obama, Bieber, Amy Poehler, Bruno Mars (really), Oprah, Patti Smith and more all made this years top 100 list. Many made it out to celebrate at this years awards ceremony which was surely an inspiring evening. Unfortunately, all you will hear about this event packed with some of the greatest and most creative minds of our time is something like this headline pulled from Styleite:  "Blake Lively’s Daring New ‘Do And Devastating Wardrobe Malfunction." Yes, Blake Lively has red hair now. Plus, NY mag's Jada Yuan tweeted: "Breaking: @PatrickMcMullan stepped on Blake Lively’s dress and ripped off the entire train. She’s in bathroom w safety pins #time100" [Via] 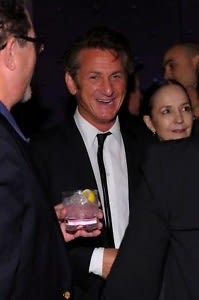 Who Was There: Sean Penn

Other Details: I never thought I would say this, but Sean Penn was at Tenjune. Bizarre. Weird. Surreal. But it happened. This actually occurred in reality.  Despite being in the training space for NYC bro-dom he did not fist pump. His hair defied gravity naturally and without being shellacked with gel. No women were hit on in the process of him being there. Instead he smiled, stayed late into the evening, and celebrated Love Hate Love which he screened and led a panel discussion on earlier as part of TFF. Not to be confused with the 1971 TV movie of the same name, the flick centers on attacks on the World Trade Center, the London bus bombing and the Sari Club bombing in Bali. 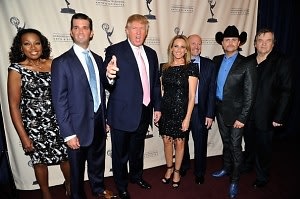 Other Details: Donald Trump took some time out from fake running for President and inciting America's most insane demographic with crazy, unfounded rumors driven by underlying racism, to shill for his show. Though not confirmed he probably repeated his new talking point dealing with Obama's birth certificate surfacing: "You're welcome America." [Via] 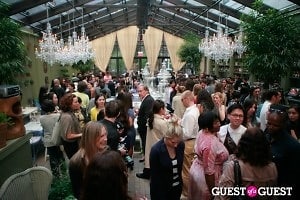 Where: Garden Room Imperial No. 9

Other Details: PAPER magazine hosted a party in the gorgeous garden room Imperial No. 9 at the Mondrian Soho to celebrate the launch of Catherine Malandrino for Lacoste. Models strutted the room showing off the line, while Paper magazine co-founder Kim Hastreiter Dj'd.Take a look at more photos HERE and find out out more details HERE. 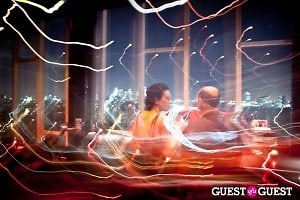 Other Details: In 1958, the young French-Algerian couturier Yves Saint Laurent met and fell in love with the industrialist and patron Pierre Bergé, forging a relationship that would endure fifty years of extraordinary success, emotional turbulence and lingering devotion. It would also produce a beautiful art collection, which is the focus of the film.  Be sure to check out more pics HERE. 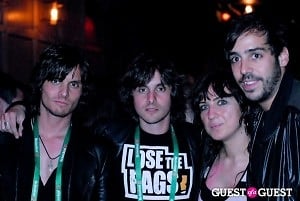 Who Was There: Kelly Ripa, Mark Conseulos, DJ Sky Nellor 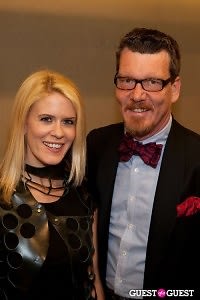 Where: The Prince George Ballroom

Other Details: Be sure to take a look at more photos from the evening HERE. Simon Van Kempen did not perform, but he should have. Rock it! “I am real / I ain’t gonna change / I am real / I am who I am / And that’s the deal / I say what I feel / Love me or hate me / I don’t give a damn / And that’s my appeal.” Word, Simon van Kempen, word.

Other Details: Gen -X and Gen-Y fast trackers, members of Society and up-and-coming headliners from the worlds of publishing, fashion, design and media will joined together in the the fight against adult illiteracy.Couldn't make it?  Literacy Associates has organized a special online auction where supporters will have the opportunity to bid on exciting items, including: a proposal read and lunch with Gina Centrello, President of Random House Publishing Group; a mention in Barbara Taylor Bradford’s upcoming novel; a day at People magazine; an autographed Keith Richards  book, and much more! 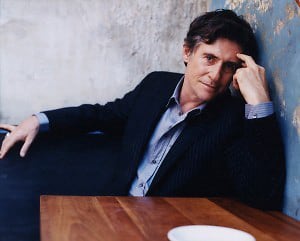 Other Details: Star of HBO's In Treatment and Cultural Ambassador to Ireland, Gabriel Byrne, hosted the evening which celebrate the ancient world of Archaeology in Ireland There was ale, whiskey, and a Gaelic feast created by acclaimed Dubliner Cathal Armstrong. [Via]