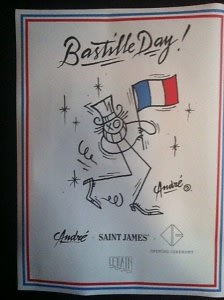 Other Details: Opening Ceremony celebrated Bastille Day and the collaboration of the Saint James Factory and Andre Saraiva, with fireworks on the rooftop of The Standard last night.  The brand designed a shirt, inspired by the traditional uniform of French sailors.    Vive La France! [via]

Playboy Relives the Golden Years with Guests at Partners & Spade 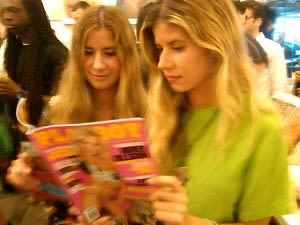 Other Details: The Playboy Commission a panel responsible for curating every Playboy issue including celebrity pictorials, and every Playmate ever photographed for exhibition at Partners & Spade.  Guests gathered last night to celebrate the launch of the exhibit featuring Tara Reid, Rebecca Romijn, and Jack Kerouac.  Guests viewed Playmate pioneers topless, spread-eagle, and in all their glory.  [via] 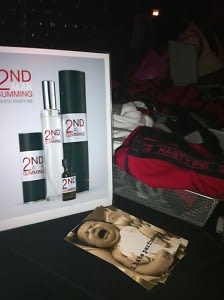 Where: The Ace Hotel 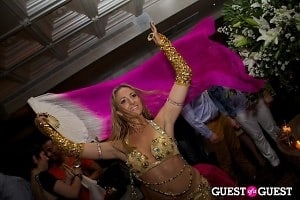 Other Details: Me Oko Vodka sponsored a 2-in-one bash: Casa La Femme's Annual Grass Party, and the owner Medhat Ibrahim's birthday!  Known for their bellydancers,  Casa La Femme did not disappoint as the exotic dancers put guests in a trance with their sensual moves.  The room was also filled with endless hookah pipes, cigars and cocktails.  Go HERE for coverage of last year's Annual Grass Party. Be sure to check out more pics from this years party HERE.

Where: Patio 707 of Truffles Tribeca

Other Details: The Next Step Realty offered guests a view of the Statue of Liberty with drinks.  Attendees mingled in last night's perfect summer breeze, listening to the sounds of a DJ, in support of The Next Step Realty's Summer Tour 2011.  Be sure to go HERE for more photos of the party! 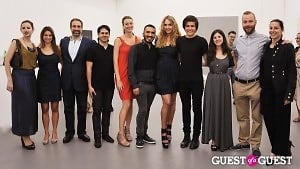 Other Details: Exhbition curated by Cecilia Stucker, the art displayed attempts to serve as a catalyst of conversation.  Focusing on modes of communication, and the speed of information of demanded by readers, Third order provides a futuristic vibe for the guests of the gallery.  Go HERE to check out more photos from the opening!