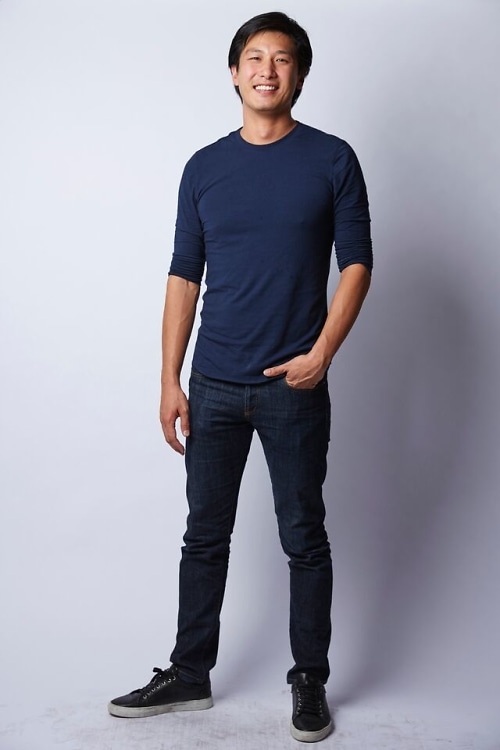 Definitely the coolest venture capitalist we know, Jonathan Teo's resume reads just as any young SF notable's should - from Managing Director at General Catalyst where one investment of note was a tiny little thing called Snapchat, to Founder and Managing Partner at Binary. With over 75 thousand followers on Twitter, it's safe to say that we're not the only ones who've picked up on Teo's knack for knowing the next big thing. 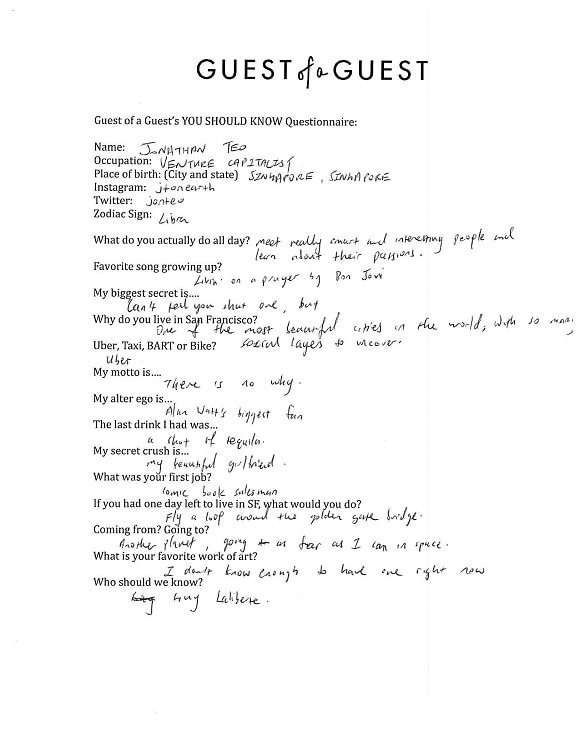 What do you actually do all day?

Meet really smart and interesting people and learn about their passions.

Living On A Prayer by Bon Jovi

My biggest secret is…

Can't tell you that one, but

Why do you live in San Francisco?

One of the most beautiful cities in the world, with so many social layers to uncover.

There is no why

My alter ego is…

The last drink I had was…

A shot of tequila.

My secret crush is…

What was your first job?

If you had one day left to live in SF, what would you do?

Fly a loop around the Golden Gate bridge.

Coming from? Going to?

Another planet, going to as far as I can in space.

What is your favorite work of art?

I don't know enough to have one right now

Who should we know?