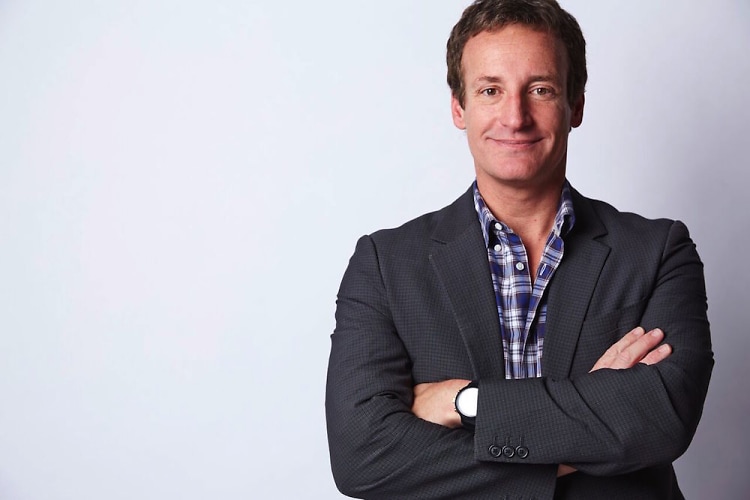 Even with a smirk fit for a romantic comedy leading man, each pointed end pulled by chords of charisma - Todd Traina much prefers to work behind the scenes.

A life long San Franciscan, Traina's career as a producer and founder of Red Rover Films has been riddled with many a critically acclaimed independent project, from Grace is Gone to The Romantics. 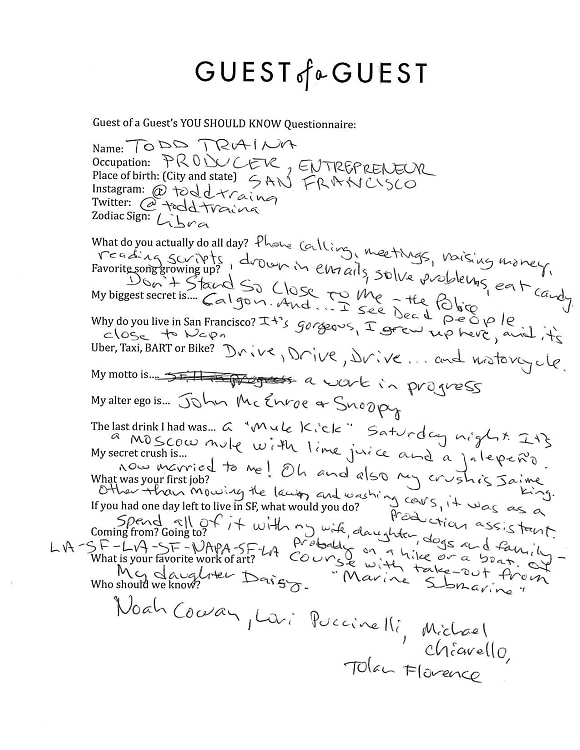 What do you actually do all day?

Don't Stand So Close to Me - The Police

My biggest secret is…

Calgon. And.. I see dead people.

Why do you live in San Francisco?

It's gorgeous, I grew up here, and it's close to Napa.

A work in progress.

My alter ego is…

The last drink I had was…

A "Mule Kick" Saturday night. It's a Moscow Mule with lime juice and jalapeño.

My secret crush is…

Now married to me! Oh and also my crush is Jaime King.

What was your first job?

Other than mowing the lawn and washing cars, it was as a Production Assistant.

If you had one day left to live in SF, what would you do?

Spend all of it with my wife, daughter, dogs and family - probably on a hike or a boat. Of course with take-out from "Marina Submarine."

Coming from? Going to?

What is your favorite work of art?

Who should we know?