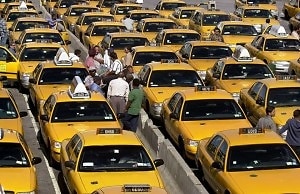 The Taxi and Limousine Commission has been flirting with the idea of earth-friendlier, more baller yellow cabs for a while now. And though at times the Commish seem less like it's flirting and more like it's groping in the dark, it looks like this project may finally be revving to go.-

According to the Daily News, The TLC boasts that it received Taxis of Tomorrow proposals from "more than five" automakers. Yeah. More than five. That's almost half a dozen! At least the proposals sound like they'll make up for the lack of quantity with quality . . .

In terms of engine systems, battery-powered , fully-electric , and compressed natural gas fueling technologies are all on the table. If we're lucky, we may see something similar to the pimped cabs that were exhibited a few years ago at the New York International Auto Show, among them a hydrogen-powered taxi that could accelerate to 200 mph.

When it comes to interior design, flip-up seating that can accommodate wheelchairs are a possibility, as are front passenger seats that can swivel around to face the passenger seating in the back. And if the 2007 NIAS exhibits are a hint, we may see strobe lights on opening doors to alert passing bike riders, and floor lights to keep passengers from drenching their Louboutins in puddles as they step on the curb. By 2014 (read: way later than that, given the pace of city-organized progress), you'll be luxuriating in "cozy cloth upholstery" - or hopefully satin - as you take that early morning ride of shame. 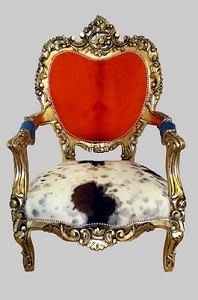 The seats won't be quite this luxe . . . but at least your shoes may be safer.

Odds are good that the outsides of the cabs will retain most of their trademark characteristics, however. TLC head David Yassky notes, "The yellow taxi is such a core part of New York City's visual environment and the daily experience of hundreds of thousands of us." So there's no need to fret about that beloved sunshine/mustard hue vanishing off of city streets anytime soon.

Yassky's lips are zipped about other details because of legal considerations, but at least some car fans are rooting for the UniCab to get a thumbs-up. What's the UniCab? It's a super-green vehicle with automated services for the disabled, an extensive infotainment system, and wide-open sight lines so that tourists can ogle the buildings and you can ogle the strong-calved bicycle messenger boys while you're stuck in traffic. Because some things never change. 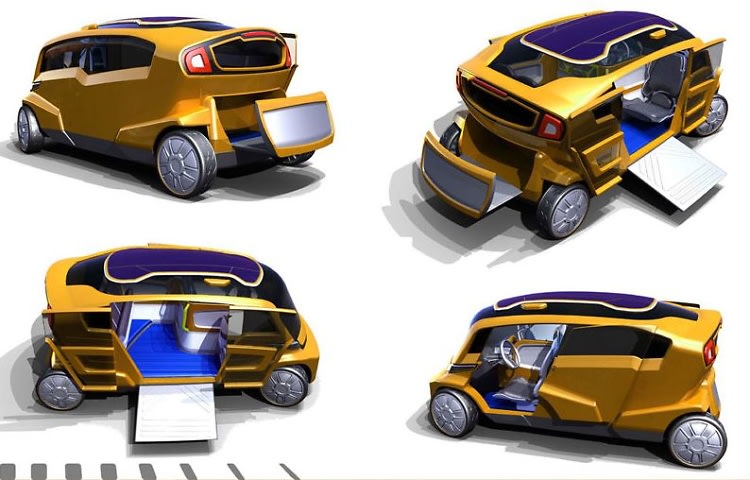