The U.S. Justice Department has joined the growing list of those against AT&T buying T-Mobile accompanied with a lawsuit. Also, Facebook's upcoming music service with Spotify; "2 Apple employees walk into a bar"...; Netflix price hike and much more in today's Tech Roundup! 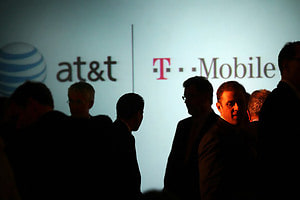 1. Perhaps the biggest tech news of the day, AT&T gets sued by the U.S. Justice Department. The suit surrounds AT&T's announced $39 billion takeover of T-Mobile. The grand purchase would place AT&T as the country's largest cellphone carrier. Perhaps against one terrible mobile company acquiring another, the US Justice Dept. fears that it would harm competition and ultimately raise prices for consumers.

Even if negotiations resume, some antitrust experts said it was hard to imagine what the company could offer the government to resolve the concerns outlined in its suit. In its complaint, the government said the transaction would substantially lessen competition in 97 of the nation's top 100 wireless markets. [WSJ]

2. Facebook just could not let Spotify live on its own could it? They plan to partner with Spotify, MOG and Rdio to launch their long-awaited music service. Though Facebook will not directly host or stream any music or media, users will be able to listen to music from within Facebook.com provided by the 3 partners. [Mashable] 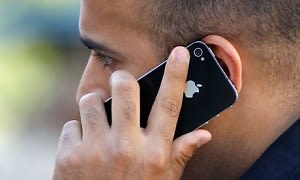 3. Apple may have some of the most forgetful employees known to man. An employee over at Apple has done what they've been famous for doing- forgetting precious iPhone prototypes in bars. This time it was the priceless iPhone 5, the same phone thats set to for sale this month. The report explains that the phone was lost while being tested outside the Apple campus in Cava22, a Mexican restaurant in San Francisco's Mission district. The phone was later sold on Craigslist for $200. Only $200? [Guardian]

4. The detested Netflix price hike goes into affect today. Starting today, the combined streaming and DVD plan for $9.99 is dunzo, it's now $15.98. Though the changes applied to new customers immediately, the new plans didn’t affect existing customers until today. [Mashable] 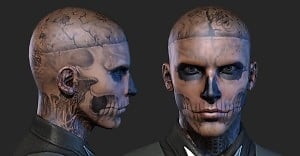 5. 3-D is not only sneaking into every film, it may play a large role in the shows at this season's Fashion Week. Fashion shows in 3-D are not only the wave of the future but they will be a convenient way to display the NY shows with the additional ability to grab viewers attention for longer stretch of time. Nicola Formichetti of Mugler and Norma Kamali are making use of 3D for their upcoming shows for NY Fashion Week.

You can show clothing with more depth,” Ms. Kamali said. “This technology is not just going to be for games or entertainment. I think our industry will probably be able to use this more than most others. [NYTimes] 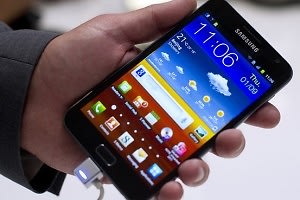 7. Can Samsung's new Phone-Tablet Hybrid survive? The 5.3-inch Galaxy Note is a bizarre merge of phone and tablet, is bigger than a smart phone but smaller than any previous tablet. What tech category would it even fit into? And who has pockets large enough to fit the device? [WSJ]