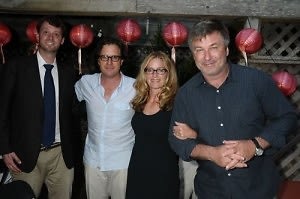 [David Nugent, Davis Guggenheim, Elizabeth Shue, Alec Baldwin. Photos by ROB RICH] A private dinner was held Friday night at The Lodge in East Hampton hosted by Hamptons Magazine and HIFF in celebration of the Davis Guggenheim directed rock-doc "It Might Get Loud" which was shown Saturday night for a special Hamptons premiere. Guests Alec Baldwin, Elizabeth Shue, David Nugent, Jenny Ljungberg, and many more were all a buzz in anticipation for the film's screening.

More photos and story from this event below..."It Might Get Loud" tells the personal stories, in their own words, of three generations of electric guitarists The Edge (U2), Jimmy Page (Led Zeppelin), and Jack White (The White Stripes). Check back later for more coverage of the film's screening held at the Guild Hall and after-party. 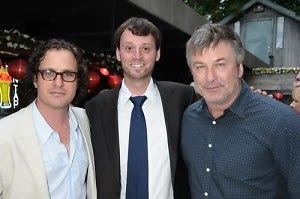 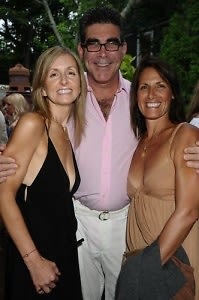 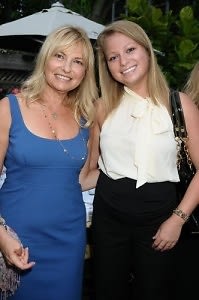 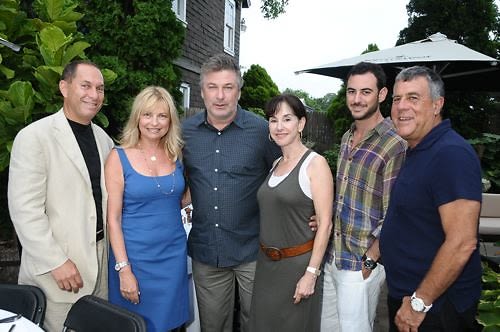 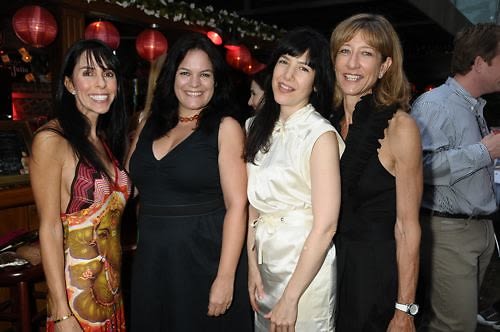 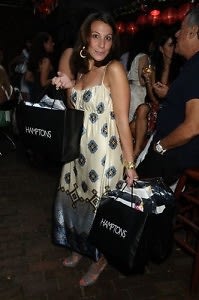 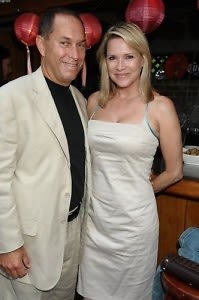 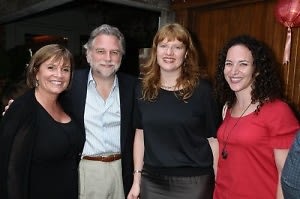